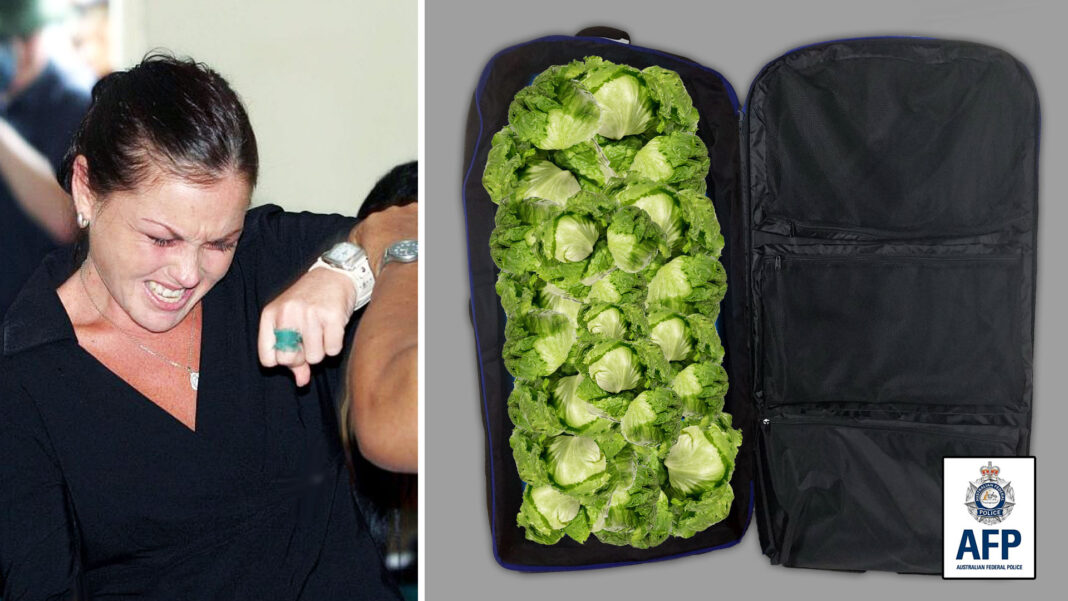 LETTUCE SMUGGLER: Eight years after being freed from a Bali prison, Schapelle Corby is back in custody this afternoon.

The 44 year old was arrested a short time ago by the Australian Federal Police at Sydney airport, after attempting to smuggle a body board bag filled with Iceberg lettuce.

“The boogie board bag had 134 head of lettuce with an estimated street value of $1600 AUD,” says Detective Sergeant Ray Thomas.

The airport seizure comes as lettuce prices reach up to $12 a head, amid a severe shortage of several vegetables after the February floods and freezing temperatures.

“Our investigation is ongoing,” says Detective Sergeant Ray Thomas. “But we understand Ms Corby trafficked the lettuce from Indonesia, where prices are much cheaper.”

“She didn’t declare it to airport officials.”

It’s understood Schapelle Corby planned to offload most of the lettuce to a fast emerging vegetable black market in Sydney, before selling the rest on the Gold Coast.

“Ms Corby is yet to be charged by police, but she will face the full weight of Australian law,” says the AFP.