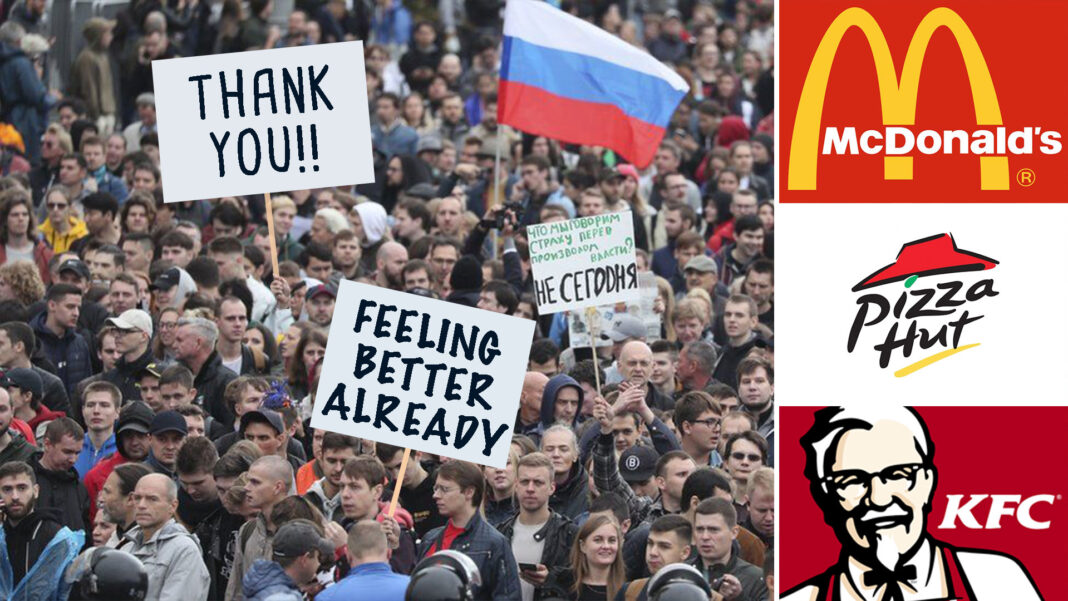 BOYCOTT BACKFIRE: Russian civilians and soldiers have formally thanked the US fast-food giants which have closed stores in the former communist country.

“We understand you’re taking care of our health and making us stronger to fight against Ukraine,” said one Russian soldier who joined thousands in a gratitude rally in Moscow.

“I’ve never eaten so much salad and superfoods in my life.”

Military analysts say McDonalds, KFC and Pizza Hut, as well as Starbucks and Coca-Cola have given Russia the upper hand in the conflict.

“This war could end sooner than we previously thought,” said one analyst.

And, in return, Russian leaders say they’re returning the favour by cutting off gas supplies to the west.

“It’s much better for your health to ride a bike or walk,” says Vladimir Putin. “From Russia with love.”