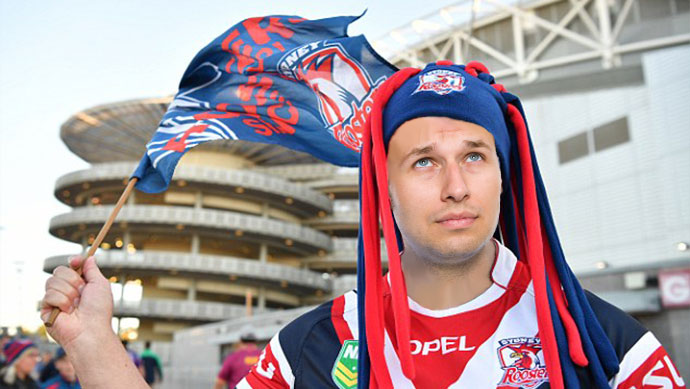 “To be honest, I haven’t left the eastern suburbs in about two years,” Sam DeLonge told DBT. “Where are we now exactly?”

It’s understood the 26 year old is feeling disoriented after a 50 minute train ride to Olympic Park from Bondi Junction.

“Once you get west of Central Station things start to look very depressing out the train window,” he says. “I feel like I’m in a different country or something.”

DeLonge, who lives in Bondi and works in Edgecliff, says he resents the NRL for choosing ANZ Stadium to host tonight’s Grand Final showdown against the Canberra Raiders.

“Why can’t they just have it at the Sydney Cricket Ground?” he asks. “I’m sure the Raiders fans would also much rather go there. I mean seriously, what even is this place?”