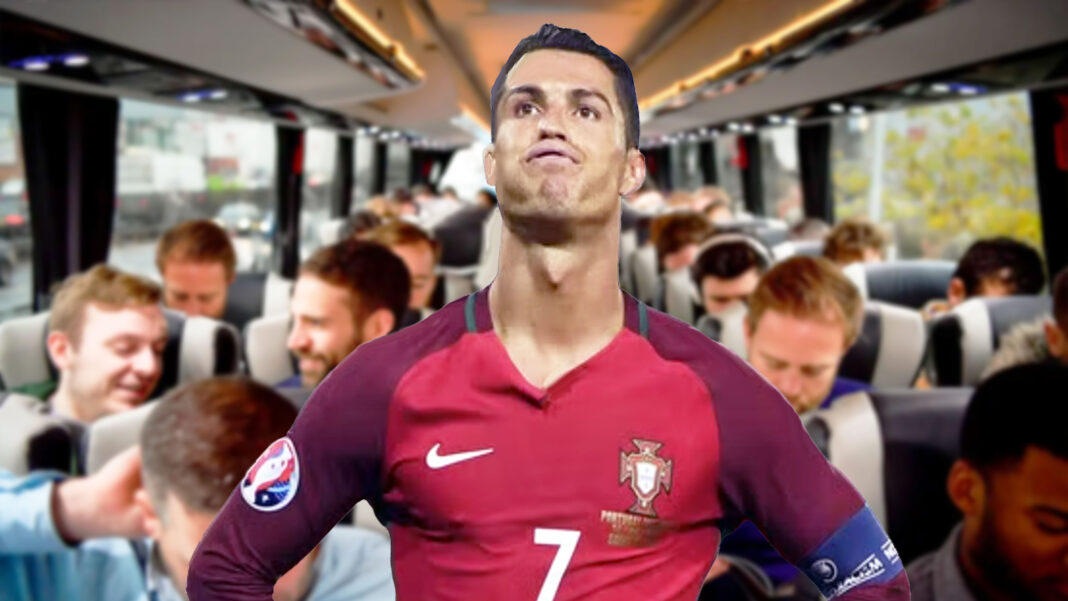 LAST MAN STANDING: The world’s most famous soccer player has been humbled yet again today.

Faced with a shortage of seats on Portugal’s team bus to training, Cristiano Ronaldo was left with no option but to stand for the entire seven minute trip.

“This was my decision,” says team coach Fernando Santos. “I wanted to save the legs of my starting players for the game against Morocco on Sunday.”

The 37 year old was this week dropped from Portugal’s starting lineup, amid frosty relations with the coach, as well as a slump in playing form.

It’s understood the megastar tried to order some of the other players to give up their seat for him, without success.

“It’s pretty clear that people here don’t respect me, and want me out of this squad,” Ronaldo told DBT. “Im going to do another TV interview with Piers Morgan about it.”