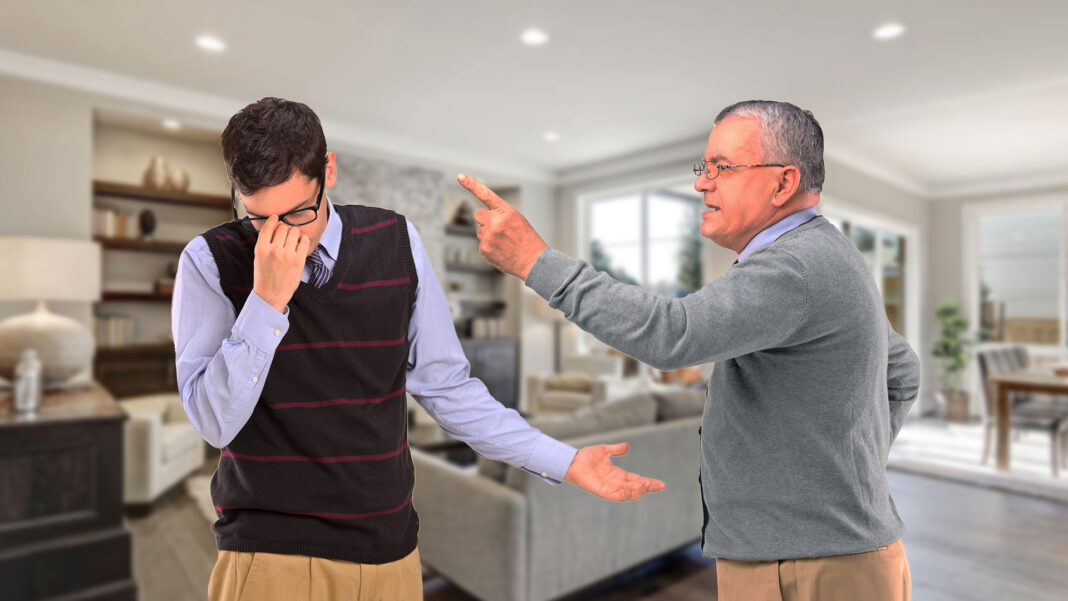 GENERATIONAL TRAUMA: A Sydney father has taken aim at his 31 year old son for not being able to afford his own home yet.

“Where’s all your money gone?” 65 year old Peter Rangelis asked his son Jason, who works as a corporate lawyer.

The father seems oblivious to the 1400% increase in Sydney house prices since he purchased way back in 1981 while working as a garbage collector.

“You should have a mortgage by now instead of throwing it all away on rent, smashed avo and Thai take away,” said the frustrated father.

His son, Jason Rangelis, and his wife currently rent a 1 bedroom apartment in Waverley, not far from the house his father bought 40 years ago for $94,000.

“Dad’s house is worth about $2 million today,” Jason Rangelis told DBT. “But he has NFI unfortunately. Back in his day any muppet could afford Sydney property.”

The young lawyer says he could possibly afford to buy a studio apartment in the Penrith area.

“But my friends have threatened to bar me if I move out there,” he says. “I’m kind of locked in.”