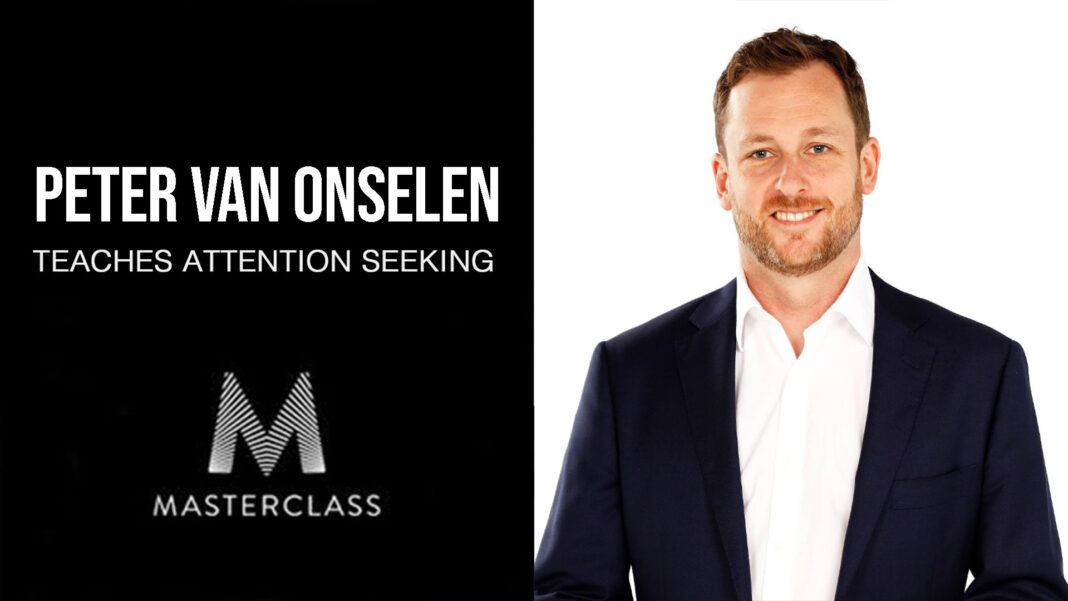 The TEN Network political editor and columnist at The Australian features in a new 15-minute MasterClass video tutorial offering tips for journalists on how to seek attention.

“Initially I got into journalism to report news, but I’ve since realised it’s a great way to actually be the news,” Van Onselen told DBT.

And, the 46 year old has had his fair share of headlines in the last few weeks.

First he criticised Grace Tame for not smiling enough.

Then he confronted Scott Morrison with a text exchange between Gladys Berejiklian and an unnamed cabinet minister in which the PM was called ‘horrible’ and a ‘psycho.’

And, only hours later he was named in a lawsuit by a former TEN colleague who accuses Van Onselen and other employees of creating a hostile and toxic work environment.

“Remember, all publicity is good publicity, no matter how much misery you cause,” says Van Onselen in his MasterClass video.

“Try to be offensive. It’s actually not that hard.”