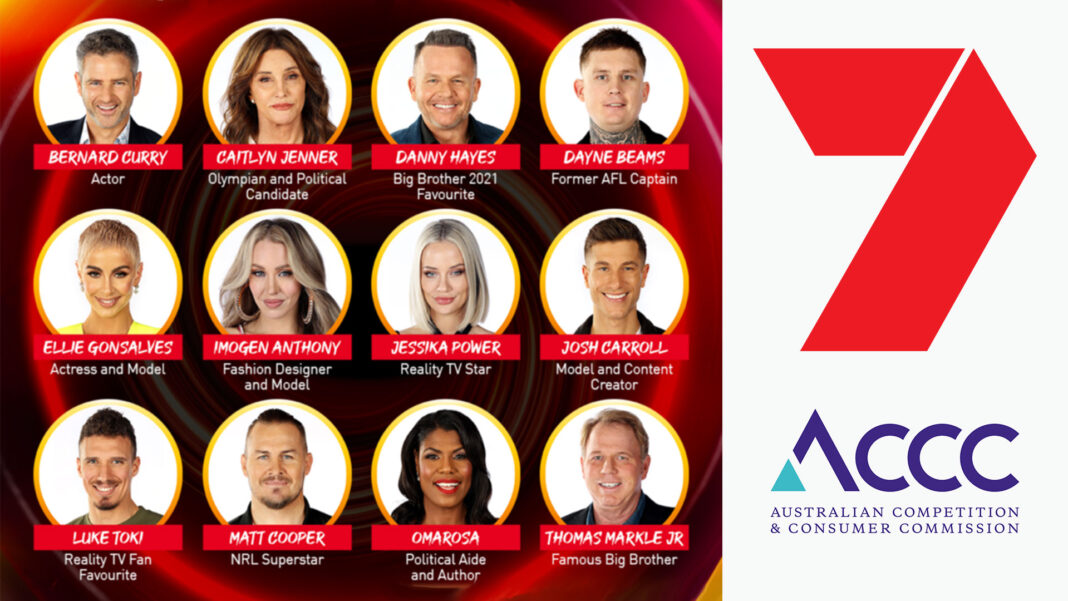 Regulators have ordered the Seven Network rename its new reality TV show ‘Big Brother VIP,’ after a full line up of ‘celebrities’ appearing was released.

“The acronym ‘VIP’ suggests there are ‘very important people’ on the show,” says the ACCC’s Pam Hallard.

“But we know now that is definitely not the case, except maybe for Caitlyn Jenner.”

The ACCC has ruled the show title ‘Big Brother VIP’ is both misleading and deceptive.

“Most of the cast members’ only claim to fame is appearing on an earlier reality TV show,” says Pam Hallard.

“Unfortunately that doesn’t make you a ‘VIP,’ especially someone like Jess Power from Married At First Sight.”

Regulators say the Seven Network is clearly “scraping the barrel.”

“None of the contestants have any idea who anyone else on the show is, let alone viewers who will actually watch it,” says Pam Hallard.

Channel Seven has responded quickly to the ACCC’s demands, releasing a statement a short time ago saying the show has officially been renamed; ‘Big Brother.’

However nobody from the network was available for an interview with DBT.