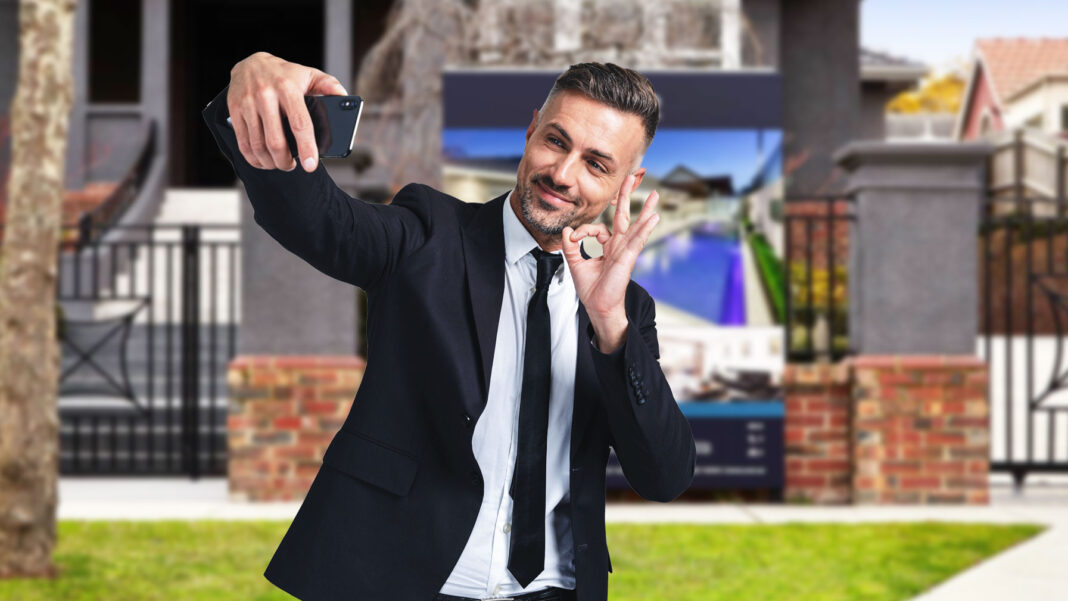 A Sydney real estate agent appears to be under the misguided impression that regularly posting selfies to Facebook and Instagram will help him sell houses.

“Nearly all the real estate agents I know do it,” says Jake Hobson From Richardson & Wrench Bondi Junction.

“It’s really important to maintain a high profile in the market and be top of mind to any buyers or sellers.”

Jake Hobson says he tries to post at least four selfie photos or videos every day.

And he’s just listed himself as a public figure on Instagram, despite only having 213 followers.

“It’s going to be a slow build,” says Hobson. “But I want to be a household name within two years.”

However a new report by consumer group Choice shows that prolific social media use has no impact on any real estate agent’s ability to sell property.

“The agents haven’t built the house, they’re not buying or selling it, nor have they lent the money for the mortgage,” says Peter Henley from Choice.

“So we advise real estate agents avoid placing such a huge focus on themselves.”

It’s understood Jake Hobson last week applied to Sky News to appear as a panelist on a real estate program but he’s yet to hear back.