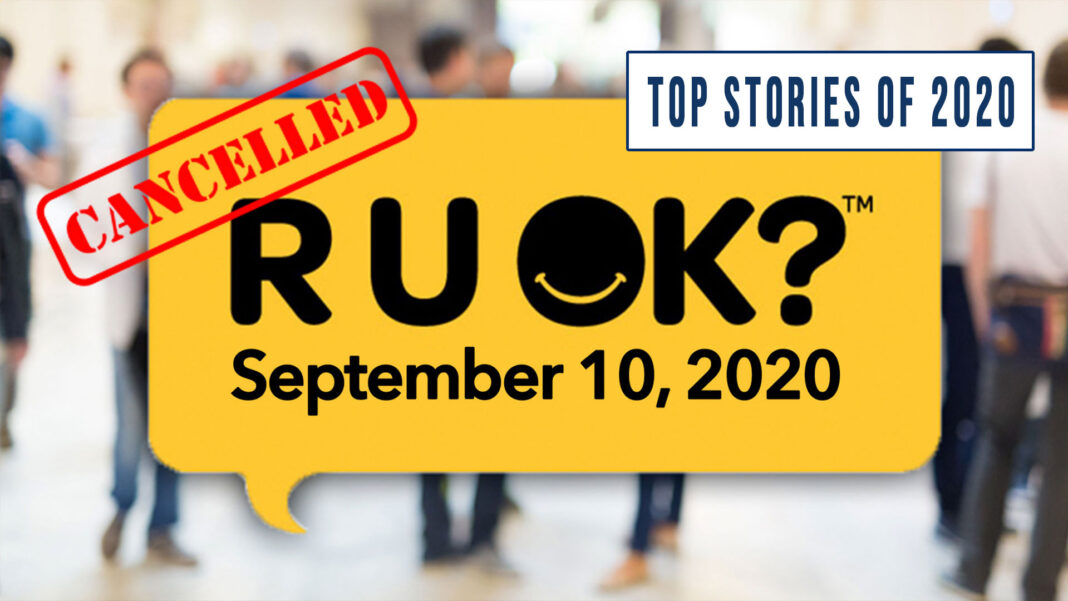 It’s the annual day when people are urged to ask ‘R U OK?’ to help start a conversation that might make a difference in someone’s life.

R U OK? Day 2020 was scheduled to take place tomorrow, but organisers say they’ve been forced to cancel this year’s initiative.

“With Covid and everything else happening this year, ‘R U OK?’ is actually a pointless question right now,” says organiser Ralph Roche.

“We’ve realised that everyone’s answer is the same: ‘No, I’m not OK!'”

2020 has been a torrid year. It began with ferocious bushfires along Australia’s east coast, then devastating floods just a few weeks later.

And in May, an unarmed black man is killed by a white police officer in the U.S, sparking nationwide riots and bloodshed.

“It’s best if people just stay home tomorrow, and probably avoid asking people if they are OK, unless they want to get bogged down in a long and emotional conversation.”