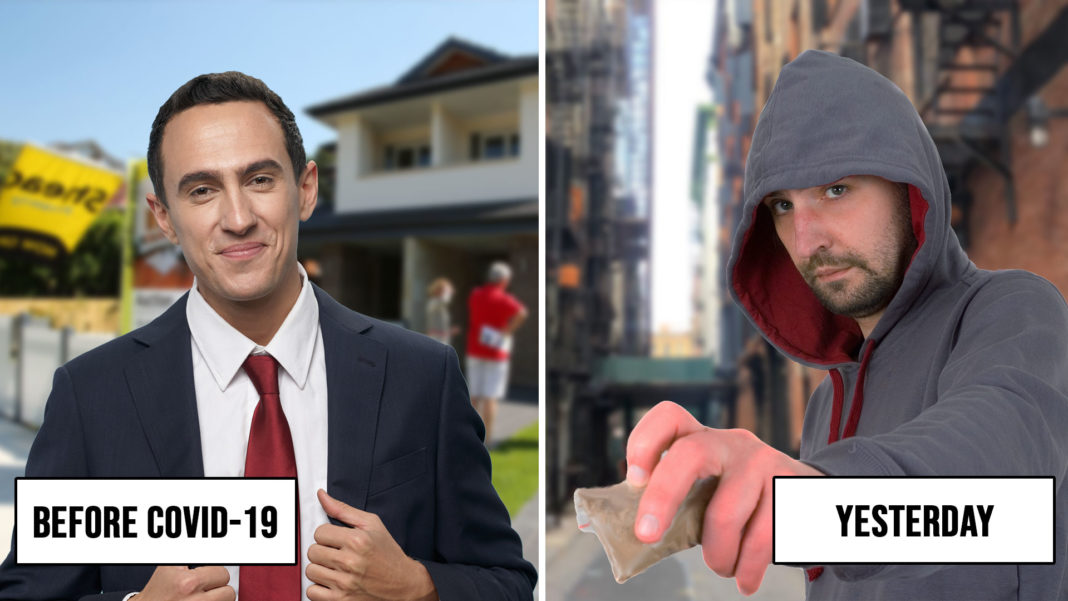 Covid-19 has forced an award-winning Sydney real estate agent out of the property industry.

“The market downturn has taken a huge toll,” says former agent Tom Withers. “After 4 years of selling houses, I was quickly forced to re-think my career.”

The 31 year old has gone from selling multi-million dollar houses in Sydney’s east, back to his old job selling $50 dollar bags of marijuana.

“Selling drugs and selling real estate is actually pretty similar,” he says. “It’s about getting to know your buyers, and it’s also often about being in the right place at the right time.”

Tom Withers says the only downside of being a drug dealer again is having to return to a low profile lifestyle.

“When I was a real estate agent, I used to post to social media every time I got a new listing, sold a house, or when I got a new testimonial.”

“But these days everything needs to be done under the radar, so my online profile is definitely taking a hit.”

And while some might see his job change as a fall from grace, Tom Withers says he’s excited about the opportunities.

“It’s a great time to buy,” he says. “There are some really good buds around at the moment, and people are bored in isolation with nothing better to do than smoke pot.”