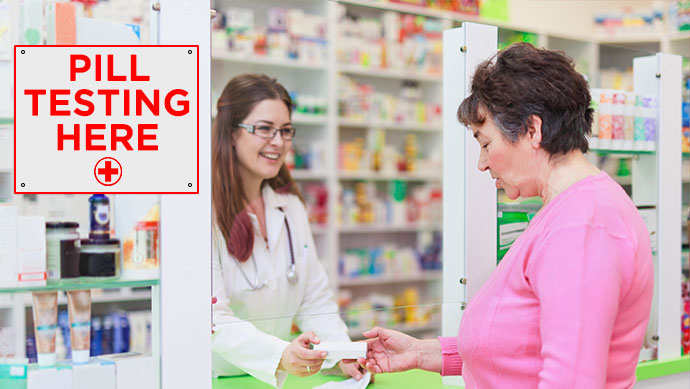 The New South Wales Premier has announced new laws requiring all pharmacies in the state to offer in-store pill testing.

“These days not even the big drug companies can be trusted 100%,” says Gladys Berejiklian. “Pharmaceutical drug users deserve to know exactly what’s in their drugs.”

The new laws will force all pharmacies to purchase over the counter pill testing equipment.

“Any chemists caught selling prescription drugs without the equipment will have their license revoked immediately,” says the Premier.

It comes as Ms Berejiklian dismisses a coroner’s recommendation to introduce pill testing at music festivals in the state.

The coroners calls are backed by an increasing body of experts who say music festival pill testing should be considered after six MDMA related deaths over the last 2 years.

“We’re prepared to meet the coroner half way,” says the Premier. “Festival goers need to learn the hard way if their drugs are not safe. But prescription drug buyers deserve better.”