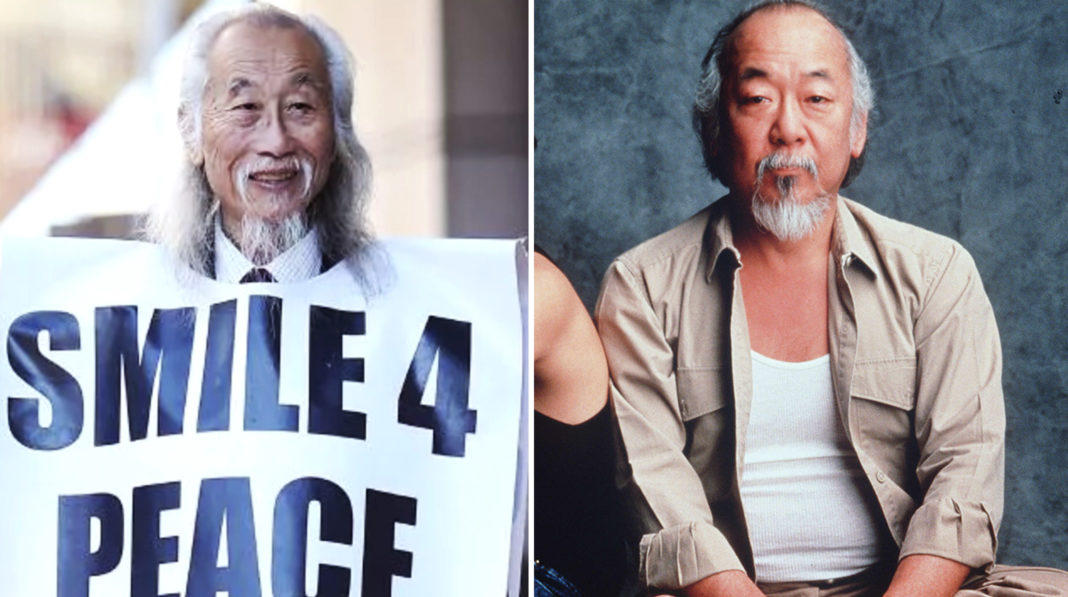 He was apprehended on Friday while wearing a sign which read: ‘SMILE CVNT! WHY CVNT.’

“We apologise for the undue force applied to Mr Lim,” says Police Chief Ken Scullion. “Unfortunately officers on the scene thought he might have been Mr Miyagi.”

Mr Miyagi is well-known as the karate master in the hit 1984 martial arts movie The Karate Kid.

“Given Mr Miyagi’s well-documented karate prowess, officers felt as though every precaution should be taken,” says Ken Scullion. “That’s why we brutally manhandled him.”

The first Karate Kid movie was filmed 34 years ago, when Mr Miyagi was a middle aged Karate teacher.

“Officers arresting Danny Lim thought he looked in his late 80’s, and therefore could have easily have been Mr Miyagi,” says the Police Chief.

It’s understood Danny Lim was quickly released by police on Friday after convincing officers he has no connection to Mr Miyagi, and no karate abilities.