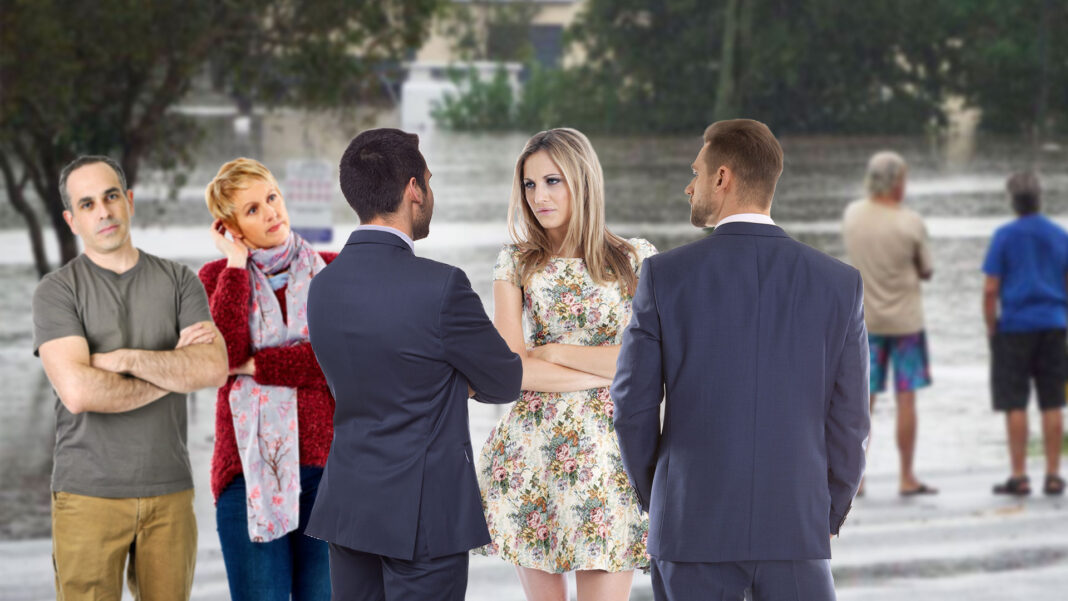 SET PIECE: Scott Morrison’s media team has adopted a new strategy to avoid awkward on camera exchanges similar to when bushfire victims refused to shake his hand in 2020.

“We’re asking them if they’d be happy to appear on camera with the PM, and also, if they’d be willing to shake his hand,” a spokesperson told DBT.

So far there are reportedly no willing participants, as the PM has been accused declaring a disaster emergency too late, and also of not supporting flood victims enough.

“I think we’ll be able to find someone soon,” says the spokesman. “When we do, we’ll invite the media and then we’ll bring Scott out of his trailer where he’s waiting.”