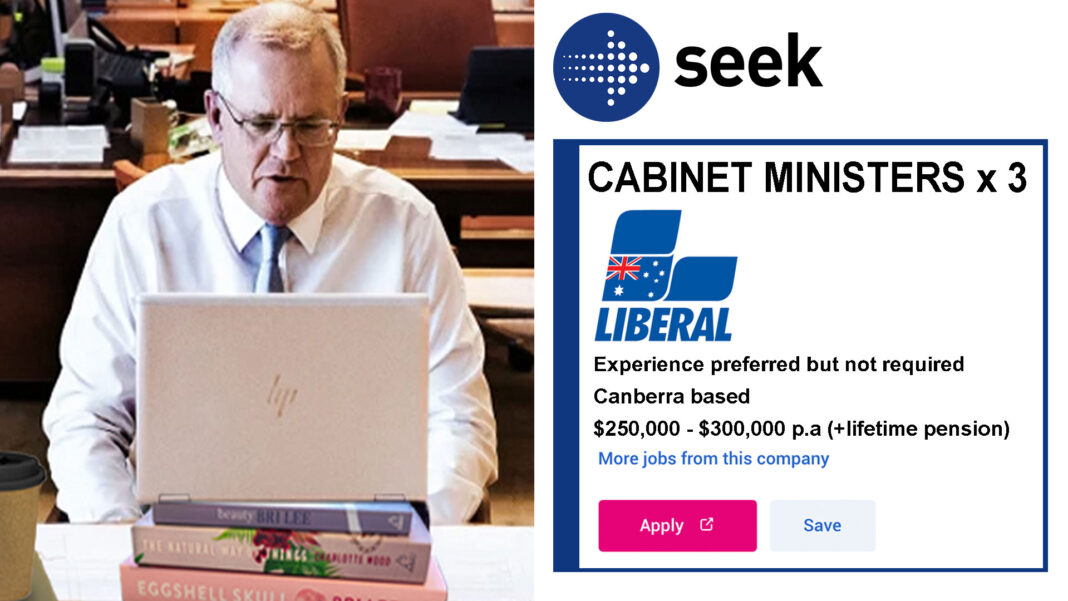 LABOR SHORTAGE: The federal Liberal Party is on the hunt for fresh faces after losing three senior cabinet ministers in the space of 24 hours.

“As we move toward the federal election next year, we need new talent as quickly as possible,” Prime Minister Scott Morrison told DBT.

“If you’ve ever considered a career in federal parliament, now is your chance.”

In a job ad posted to the online job site Seek, the Liberal Party says it’s looking to employ three new cabinet ministers, to be based at Parliament House in Canberra.

‘While experience is preferred, it’s not essential,’ according to the ad. ‘However successful applicants will be white, middle aged and wealthy.’

“Also, all applicants must complete a full police and ABC background check,” says the PM. “We can’t afford to have any more surprise ABC investigations.”

Anyone interested in applying needs to submit their application by Wednesday of next week.