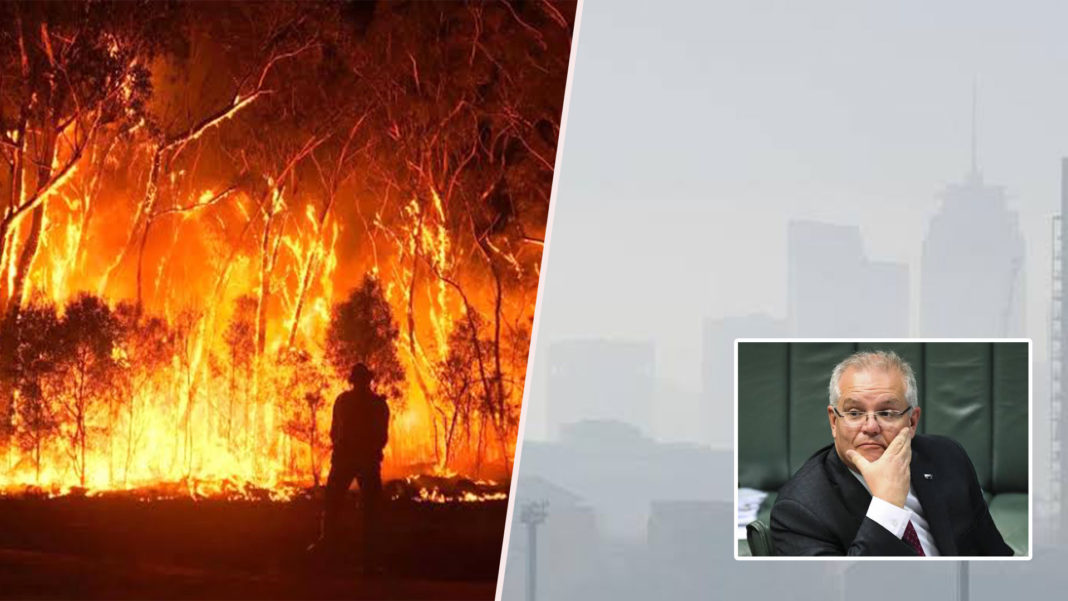 Already under severe pressure from the bushfire crisis, the Prime Minister is attempting to deflect mounting pressure from Sydney’s lingering smoke haze.

In an interview this morning, Scott Morrison claimed the bushfires and the smoke haze are not “necessarily linked.”

“It’s too early to link these two weather patterns,” the PM told DBT. “There’s still no credible scientific evidence to say they are related.”

Scott Morrison says the hazardous air quality in Sydney can be blamed on several other potential factors.

“We know pollution levels sometimes spike, as do fog levels. These two factors may now be combining to form the haze, independently of the bushfire smoke,” he says.

Morrison has also previously claimed there’s no credible evidence that cutting Australia’s carbon emissions would reduce the severity of the bushfires.

Meanwhile, weather experts say Sydneysiders can expect the smoke haze to continue for the “foreseeable future.”