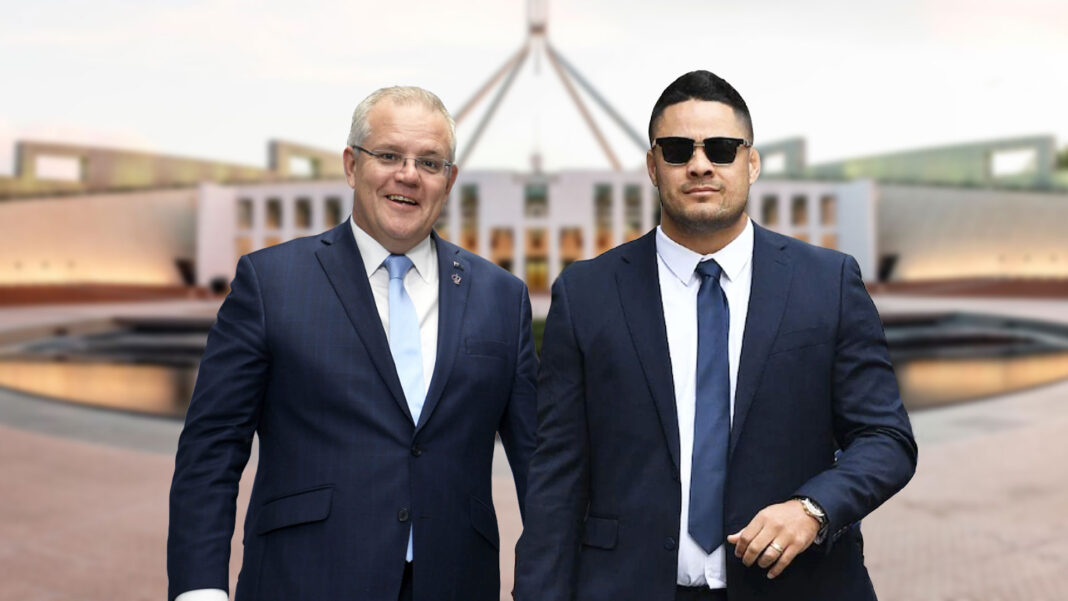 “We’re excited and proud that Jarryd has agreed to serve on our front bench,” says Scott Morrison. “We believe Jarryd has a big future in the Liberal Party.”

The 33 year old was found guilty of two counts of sexual intercourse without consent on Monday.

Hayne says he plans to appeal the conviction ahead of his sentence hearing in May.

“The Liberal Party has agreed to give Jarryd paid leave while attending to his legal matters,” says Scott Morrison. “Everyone deserves a second chance.”

“We think he’ll fit right in to Federal cabinet,” says Scott Morrison during a photo shoot alongside Hayne outside Federal Parliament.

Strict bail conditions prevent Hayne from speaking to the media, but he’s expected to begin his new role next week.

Separately, current ministers under fire Attorney-General Christian Porter and Defence Minister Linda Reynolds will be retaining positions in cabinet in a reshuffle.