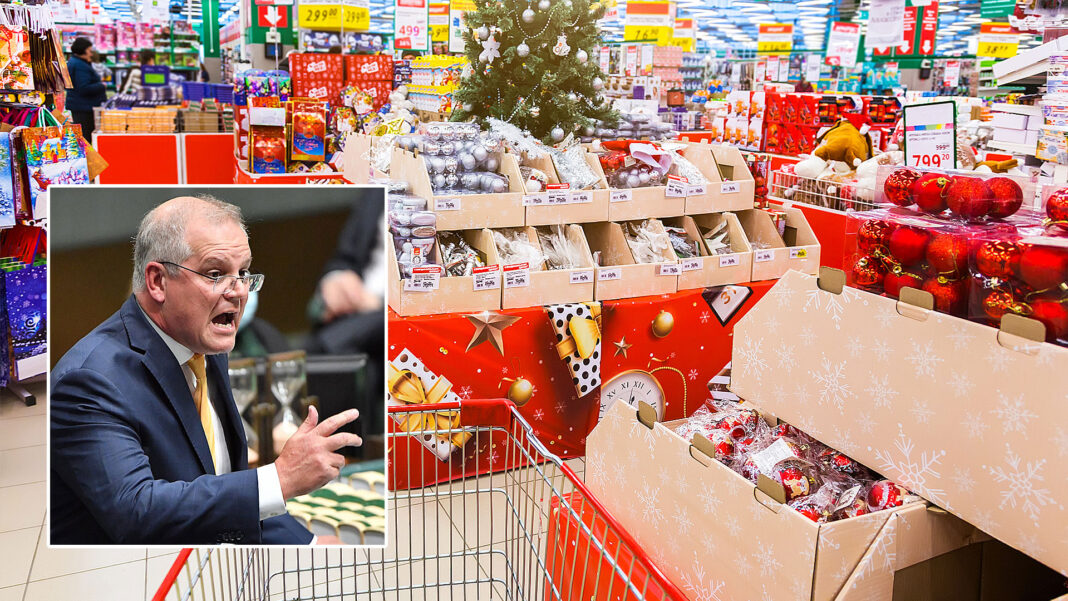 CHRISTMAS GRINCH: The Prime Minister is calling out the big supermarkets for jumping onto the Christmas bandwagon “way too early.”

“It’s almost 50 days till Santa pays us all a visit, but my local Coles already looks like a scene out of National Lampoon’s Christmas Vacation,” says Scott Morrison.

In Parliament today the PM called for a Royal Commission into why Australia’s biggest supermarkets are already ‘chock full’ of Christmas decorations.

“I’m fucking sick of Christmas already, and I’m a devout Christian,” he says.

“This festive season, I’ll be doing all my shopping via Click and Collect,” says one shopper.