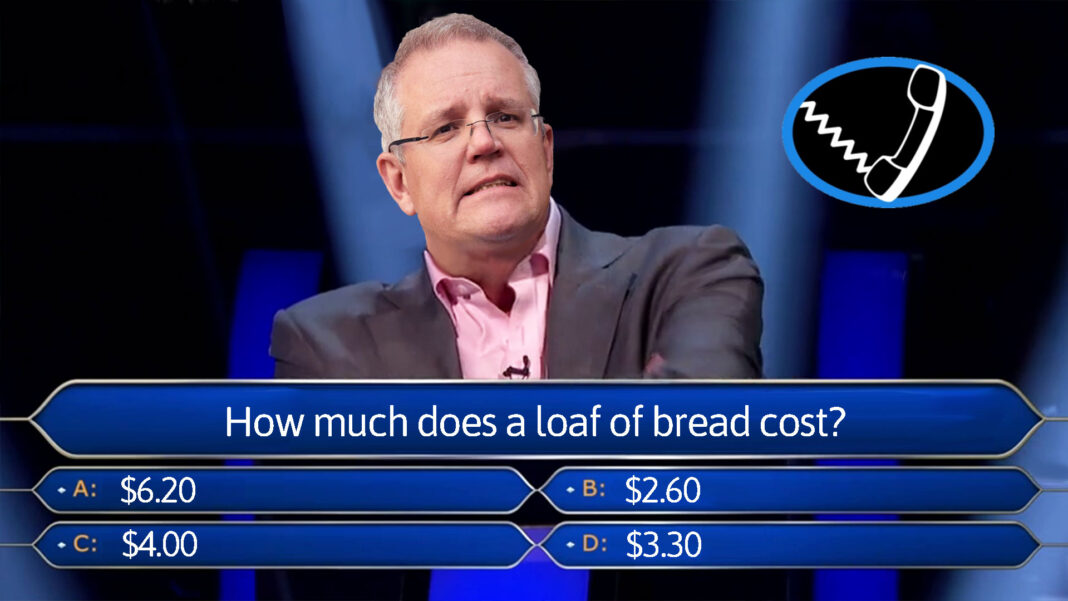 LIFELINE: The Prime Minister has once again called upon his wife Jenny for help.

Appearing on the Nine Network’s game show Who Wants To Be A Millionaire, Scott Morrison was faced with the tricky question: ‘How much does a loaf of bread cost?’

“Um, I have to admit, I’ve got no idea Eddie,” he told the show host Eddie McGuire. “I’m not involved with any shopping or any type household chores.”

The PM chose to ‘Phone a Friend,’ a lifeline option in which show contestants can phone someone they know to get help with the question.

“Jenny, darl, how much is a loaf of bread these days?” asked Scott Morrison.

“What are you going to do with the money,” probed Eddie McGuire.

“Oh, I think I’ll put the money toward a multi-level car park in a marginal Liberal electorate.”