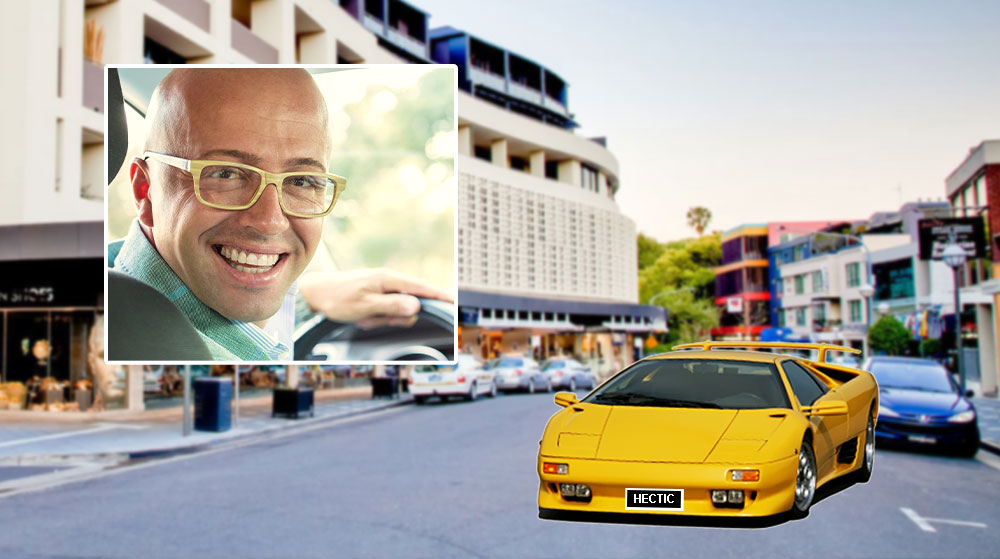 “How good is it here?!” says an excited Marco Mattia. “I actually feel very at home here.”

The Italian-born 47 year old is reportedly loudly revving his V12 engine, while busily looking around to see if anyone is checking him out in his car.

“It’s actually still pretty quiet here at 8.30am on a Saturday morning,” he says. “I might stop for a quick coffee at Indigo then continue doing laps when things get a bit busier.”

“They don’t appear to be here for any other reason than to garner attention,” says one local. “They think it’s like Monaco here or something.”

Mr Mattia says he has plans to linger around Double Bay’s cafe strip till at least 2pm, before making his way back to the Western suburbs via Leichhardt.

“I’ll probably also do a couple of laps of Norton Street before going home.”

It remains unclear how he afforded the Lamborghini, but there’s a growing theory he’s only taking it for a test drive.