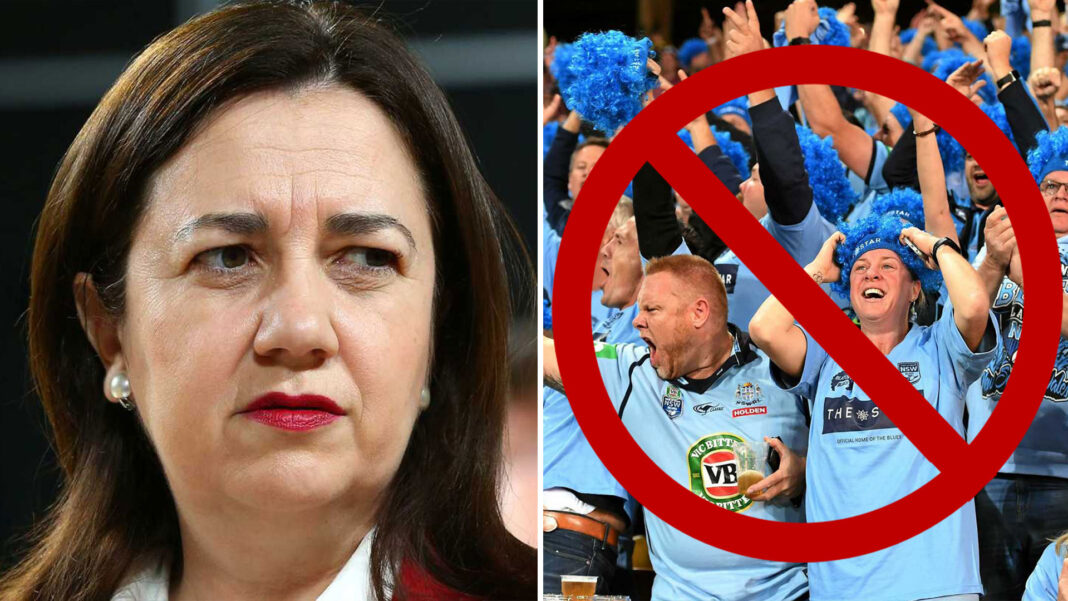 The Queensland Premier is continuing her hard line stance against New South Wales.

She’s today announced a ban on all NSW supporters being part of the crowd at the State of Origin final in Brisbane next week.

“The ban includes all NSW fans who are currently living in Queensland,” says Annastacia Palaszczuk. “And to be honest, it has absolutely nothing to do with Covid-19.”

It follows her decision to allow a capacity crowd for Wednesday’s Origin decider, while at the same time banning Channel Nine’s NSW-based Origin commentary team.

“My allegiances are with Queensland,” says Palaszczuk. “And if I can do something to annoy Gladys Berejiklian, then that’s also a big bonus for me.”

The Maroons are tipped to lose the final, despite the strong home ground advantage.