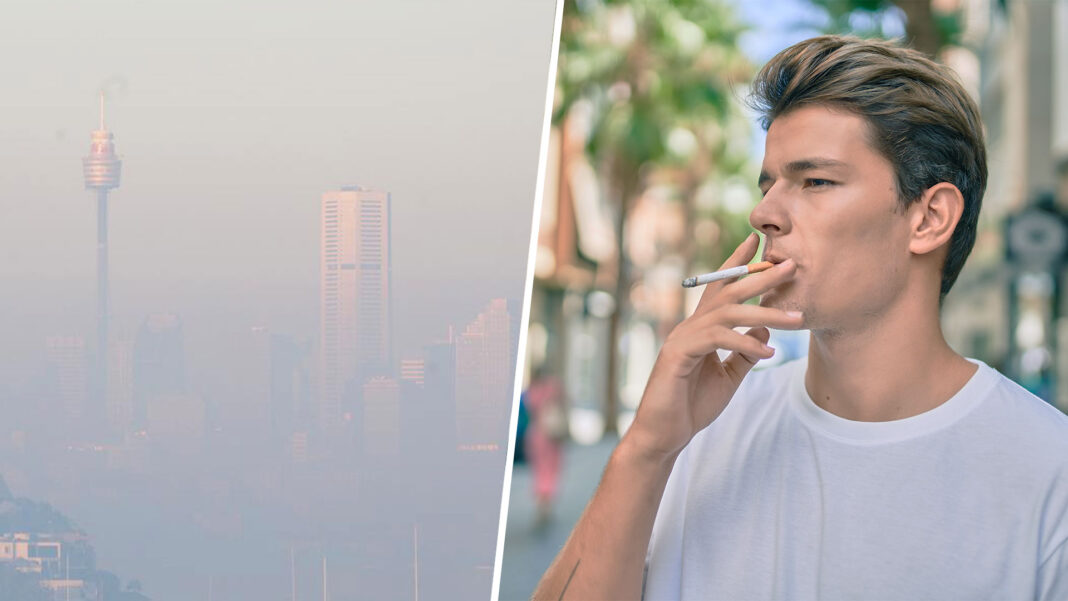 Sydneysiders have woken up a thick smoke haze again today, as air quality took a hit amid hazard reduction burning in parts of the state.

It’s a point not lost on Darlinghurst man Joel Ryan.

“All the smoke is so bad for my lungs,” he says. “I’m an asthmatic as well, so my GP has told me to stay in doors as much as possible.”

The 32 year old says his pack a day cigarette smoking habit is not relevant.

“No, the hazard reduction smoke way more more harsh than my Marlboro Lights,” he says. “It’s forcing me to wear a face mask at all times, except for when I’m having a ciggie.”

“I hope they stop soon, I can barely breathe,” says Mr Ryan. “It’s so unhealthy.”