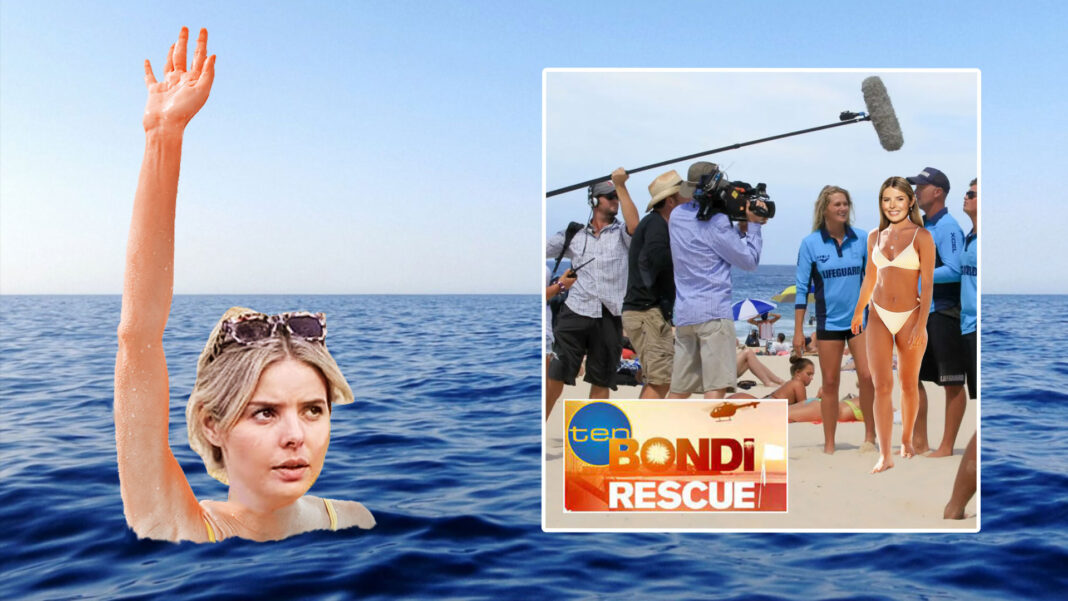 “I’ve been swimming in heavy surf and dangerous rips at North Bondi when the Bondi Rescue team are there filming,” she says.

“Then I just yell ‘help’ and raise my hand in the hope they come out to get me with their cameras rolling.”

It’s understood lifeguards from the ‘Bondi Rescue’ TV show have had to save Ms Frazer on two separate occasions so far this week.

“It’s worth the risk,” says the 27 year old. “They film everything and they also interview you afterwards. It’s great exposure.”

The MAFS villain has been doing everything possible to remain in the spotlight including starting an OnlyFans account, despite earlier criticising another MAFS cast member for doing so.

She’s also recently announced her ‘dramatic weight loss,’ and came out as pansexual.

“TV is a tough business,” she says. “You need to take every opportunity that comes your way. Who knows what this might lead to? Maybe a season on Survivor or something.”