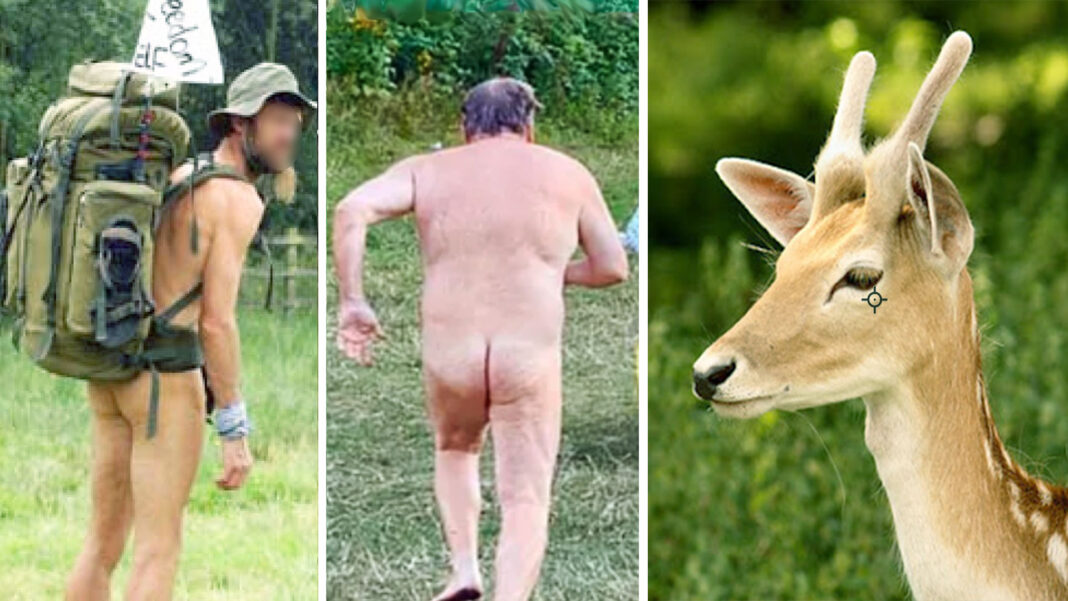 GOOD CARDIO: Two nude sunbathers are appealing a $1000 fine, by claiming that running from deer counts as exercise.

The two men breached lockdown orders yesterday by getting lost in the bush, needing to be rescued separately.

They say they were startled by a deer and forced to run away from it.

“That definitely counts as exercise,” one of the men told DBT exclusively. “We had a major cardio vascular work out while running from that deer.”

“You should try running from a deer one day!”

But police say the fine should stand as the men had already to admitted to sunbathing, breaching lockdown restrictions.

The appeal is set to be heard in court on Tuesday.