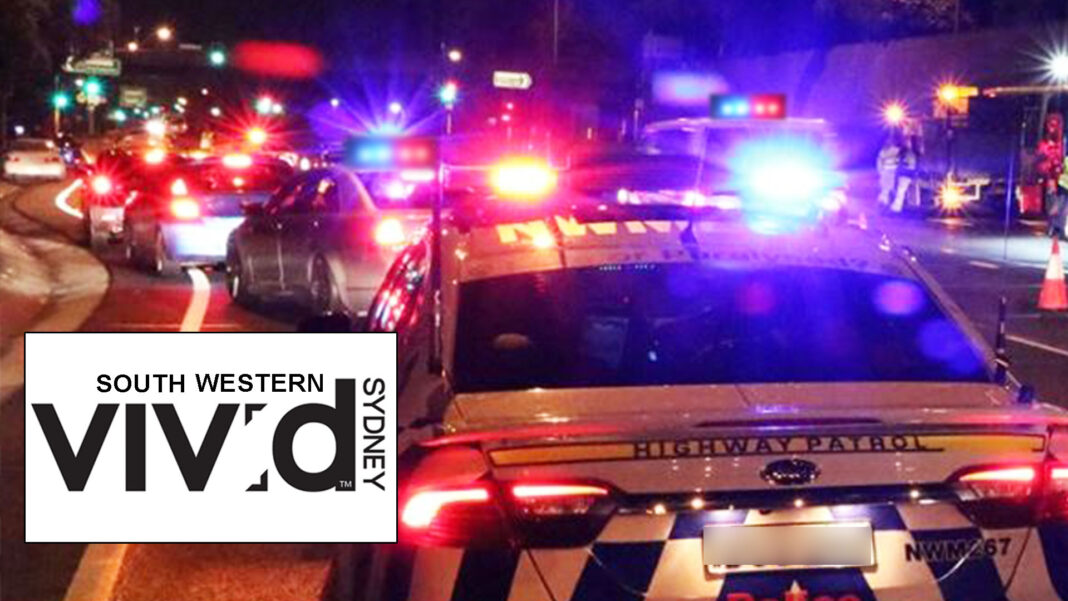 FULLY SICK: With only two days before the end of ‘Vivid Sydney’, the state government has launched an extension of the iconic festival of lights, technology & arts.

Event organisers have put 50 police cars on the M5 motorway with their lights flashing, and sirens sounding.

The installation stretches for around 200 metres between Liverpool and Moorebank.

“It’s an awe-inspiring, immersive experience to remember,” says the Premier. “And it’s completely free of charge.”

‘Vivid South West Sydney’ will run for the next two weeks.

A rotation of on-duty police officers will remain inside the vehicles throughout the event in case of emergency.