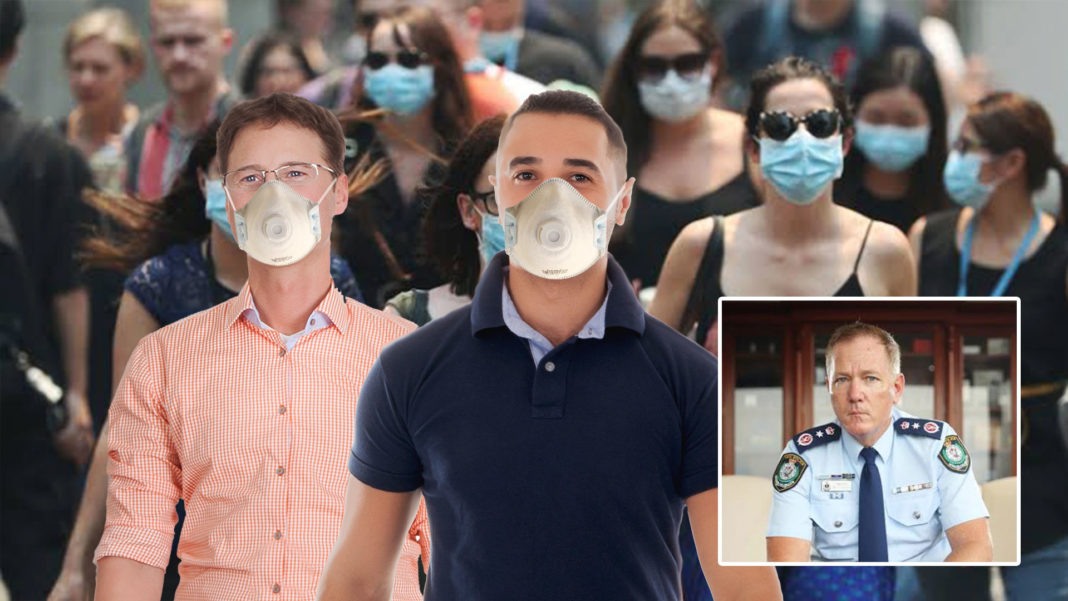 The NSW Wales Police Commissioner says he’s “deeply concerned” about the rapid take up of face masks to protect from smoke pollution.

The Police Commissioner says the masks can be used by criminals wanting to conceal their identity.

“This reduces the validity of CCTV footage, and also threatens the recent roll out of the government’s new facial recognition technology.”

There were similar concerns raised about Muslim head coverings in 2014, with some politicians calling for the Burqa to be banned from government buildings.

“Either way, we are discouraging their use,” he says. “It’s not even that smokey at the moment anyway.”