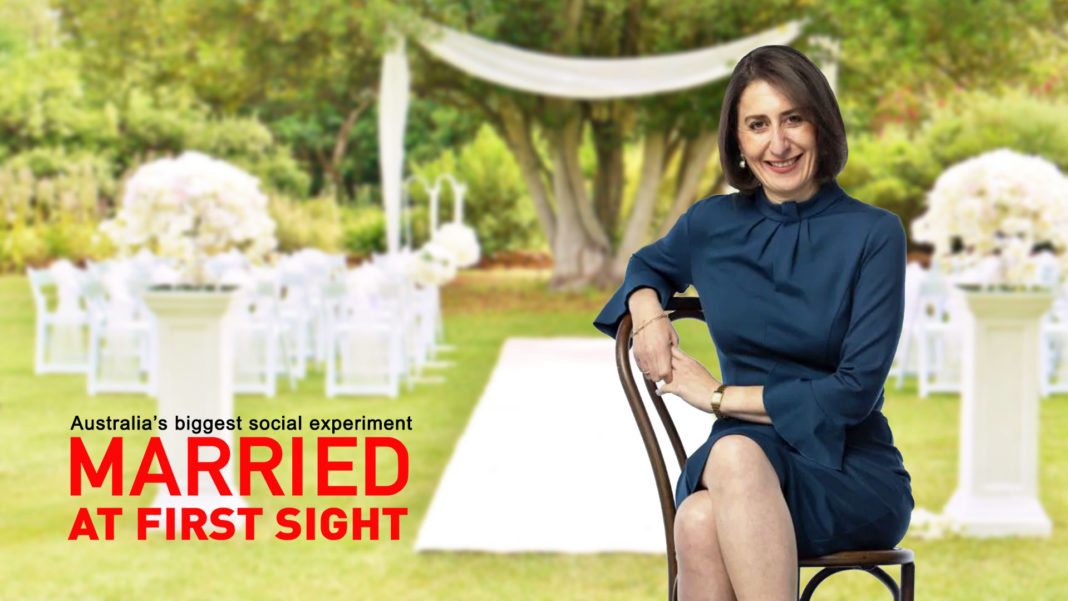 Married At First Sight viewers in Australia will be treated to a world first.

“We’re excited to announce that for the first time in MAFS global history, a politician will be among those looking for love,” says MAFS producer Trish Hollings.

The NSW Premier will make her first appearance on MAFS next Monday.

“I can’t give too much away,” Gladys Berejiklian told DBT. “But make sure you tune in, my time on MAFS as an intruder was interesting, to say the least!”

The Nine Network is yet to announce who the Premier will ‘marry’ on the show, or if they are still together.

It’s understood Ms Berejiklian continued her job of running NSW while the show was being filmed.

It comes as the 49 year old vows to contest the 2023 state election.

“I don’t think being on MAFS will hinder my chances of re-election,” she says. All publicity is good publicity.”

Man Who Did 2 Chemistry Subjects At Uni Announces on Facebook: ‘We’re Flattening The Curve’