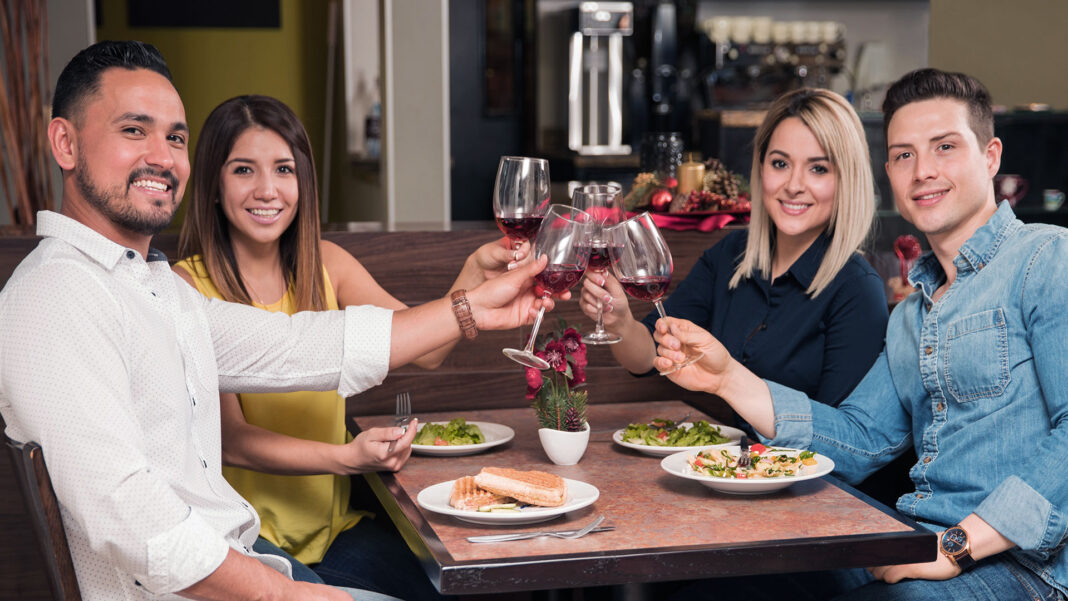 MISLEADING & DECEPTIVE: A night out described as ‘shenanigans’ in an Instagram post was actually fairly tame and uneventful, it’s been revealed.

Last night Chloe Marsh and her boyfriend had dinner with another couple before the four of them went for a drink at a local bar.

‘Up to our usual shenanigans,’ Ms March captioned a photo of the two couples smiling with drinks in hand.

But DBT understands the entire evening was dull and tedious, filled with generic and forced conversation.

“Probably the most exciting thing we did was discuss what we’re watching On Netflix,” admits Chloe’s boyfriend Sam Potter. “We spent most of the time discussing Covid-19.”

At the end of the night at 10.30pm, both couples said goodbye and vowed to ‘hang out again soon.’

“But to be honest, we all know it’s not going to happen,” Sam Potter told DBT. “It’s safe to say we’d all rather just stay home and surf the internet.”