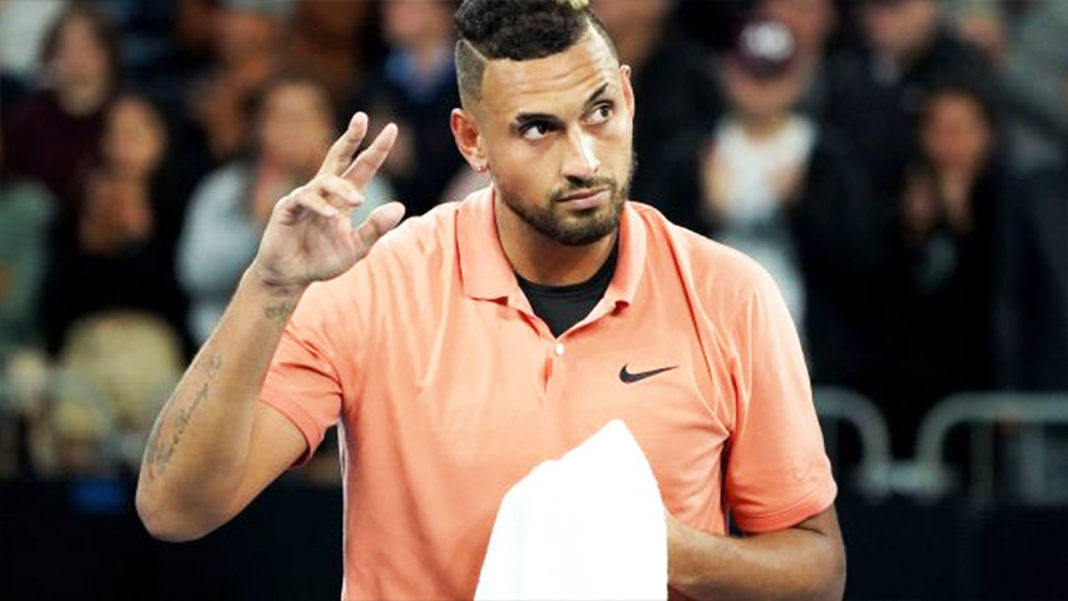 Tennis commentators say the fiery 24 year old is a “new man” after not acting like a complete fuckwit in his loss to Rafa Nadal last night.

“It looks like we have a new darling of Australian tennis,” says commentator Todd Woodbridge.

“Kyrgios appeared to genuinely care about something for once,” says Woodbridge. “It was strange, but refreshing.”

He briefly returned to his old form in the third set, arguing with the umpire, breaking his racquet, and berating family and friends in the players box.

“It was only a minor blip though,” says Woodbridge. “On the whole, he had less tantrums and damaged far fewer things.”

It’s understood Tennis Australia is organising Kyrgios a ticker tape parade upon his return home to Canberra next week.