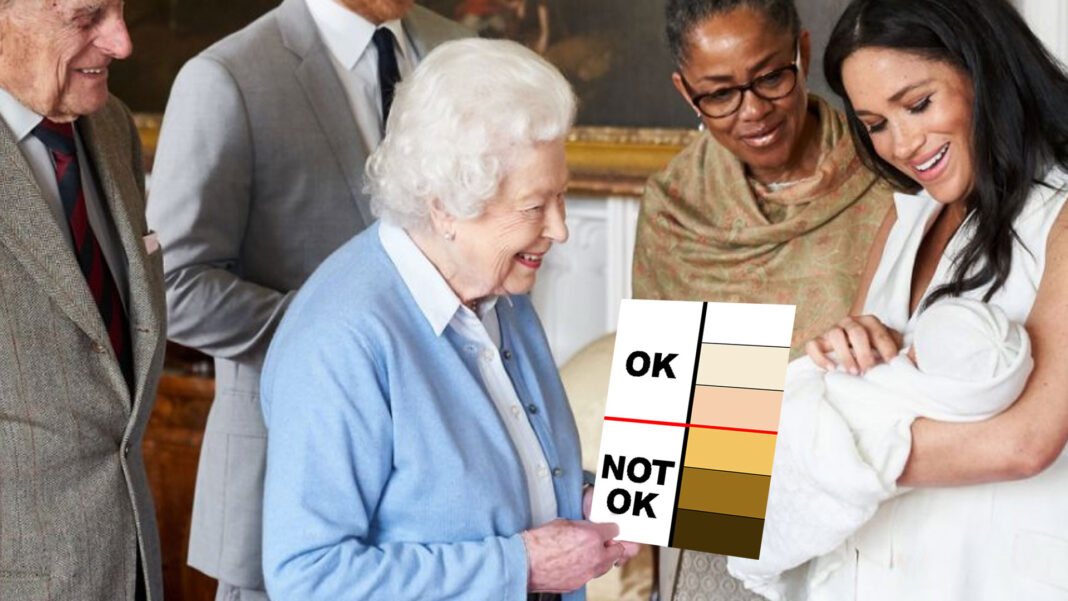 The Monarchy has been rocked today by the release of a shocking photo in which Queen Elizabeth appears to be comparing baby Archie’s skin tone with a colour palate.

“She’s clearly trying to work out how dark his skin is,” says Royal commentator Roy Harrington. “This is a very bad look for the Queen.”

It comes after Meghan Markle told Oprah Winfrey there were “concerns & conversations” with Prince Harry about “how dark Archie’s skin might be when he was born”.

While Ms Markle wouldn’t confirm who those conversations involved, the photo leaked to DBT’s London Bureau leaves little to the imagination.

There are now growing calls for the Queen to step down immediately, amid claims of deep seated racism within Buckingham Palace.

“This is going to be a particularly difficult issue for the Queen to navigate,” says Roy Harrington.

Queen Elizabeth is expected to hold a press conference on the matter shortly.