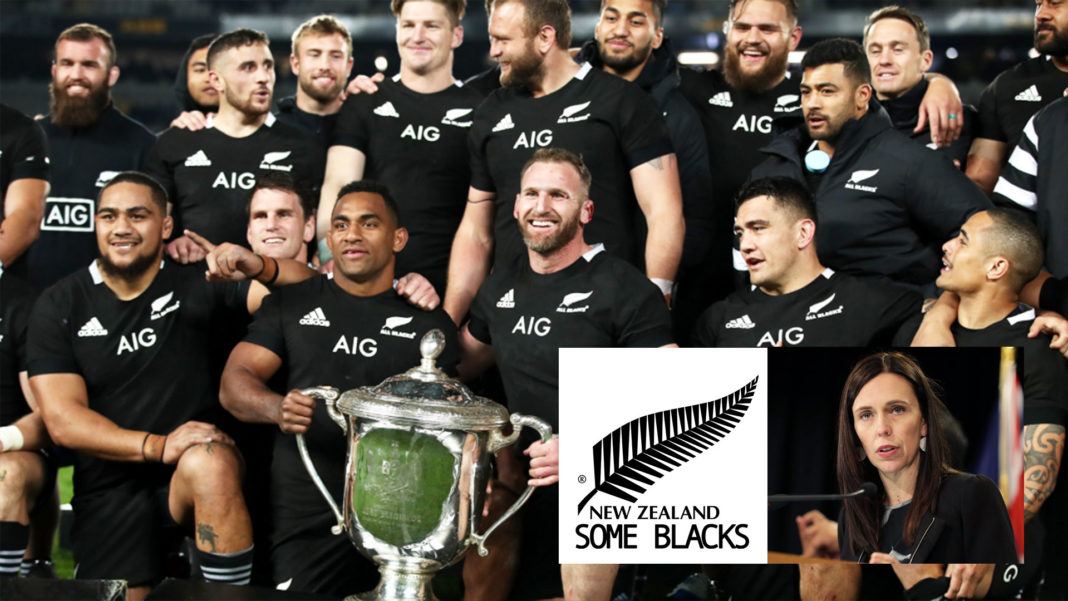 The New Zealand Prime Minister has announced the country’s national Rugby Union team will change its name in a push for racial equality.

“From today New Zealand’s Rugby team will be officially known as the ‘Some Blacks,” says Jacinda Ardern. “The new name more accurately reflects the ethnic diversity of our team.”

“We need to recognise our white players, without marginalising our indigenous players.”

Critics say the name change is an over reaction, given the name ‘All Blacks’ isn’t even a reference to skin colour.

“That’s not relevant,” says Ardern. “In today’s climate, we don’t want to take any chances.”

It remains unclear when international rugby matches will re-commence as officials navigate the Covid-19 pandemic.

But Ardern says she’s confident name change will be fully implemented by the time games re-commence.