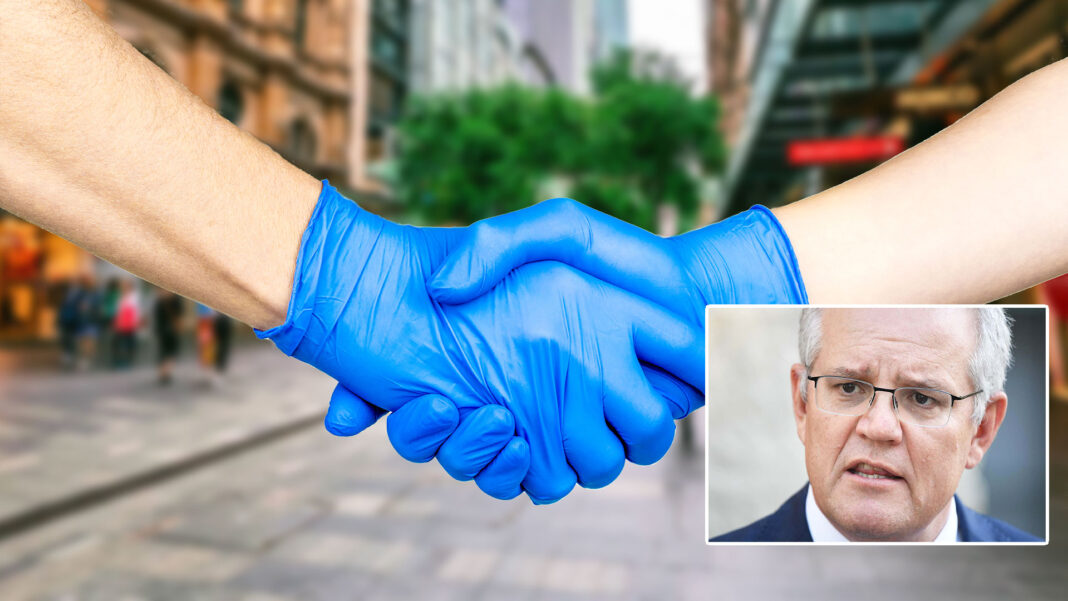 The new freedom will take effect from midday tomorrow, and comes as a reward for accelerated vaccination rates across the country.

“Step by step freedom will return to this country,” says the PM. “Today, I’ll be visiting hospital wards and shaking the hands of medical staff on the covid front line.”

Those Australians who haven’t been fully vaccinated must remain at least 1.5 metres from other people, unless they are in the same household or singles bubble.

But some say the ability to shake hands is not an incentive to get the jab.

“I avoid shaking hands at the best of times,” says one anti-vaxxer. “In fact I hate all kinds of social activity.”

However Scott Morrison says more freedoms are due to be announced in coming days, including allowing vaccinated Australians to not wash their hands after taking a dump.