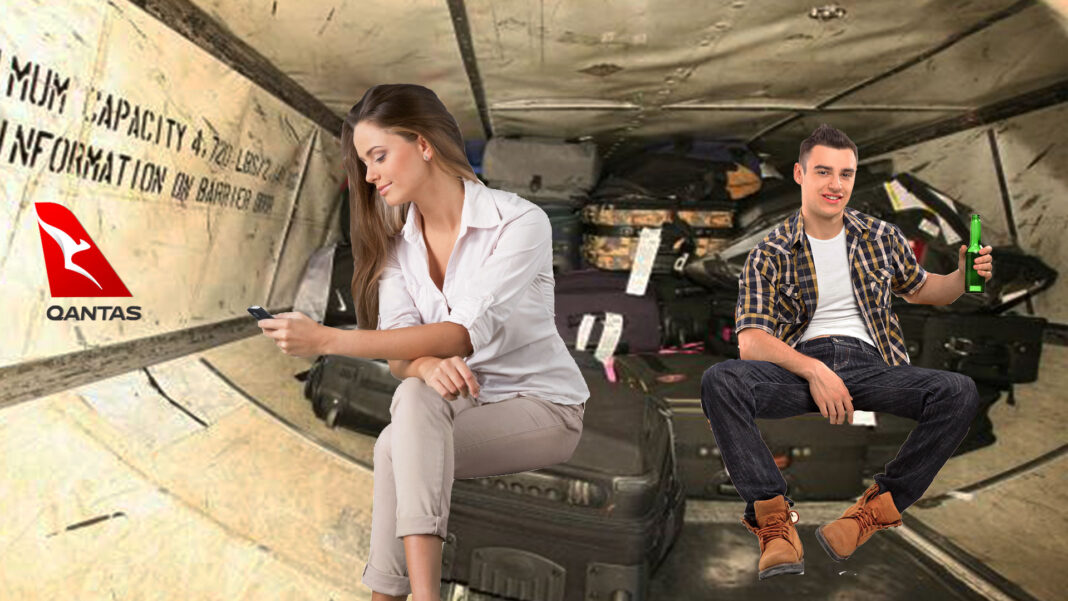 From next Monday they’ll be able to board domestic flights, alongside luggage in the cargo hold.

“We are being inclusive of all Australians,” says Qantas boss Alan Joyce. “We think everyone should be able to travel, whether they’ve had the jab or not.”

Qantas has released marketing images of it new ‘Cargo Class,’ which will be strictly off-limits to vaccinated passengers, and it wont have any cabin service.

“Everything is BYO,” says Alan Joyce. “Staff and passenger safety is always our top priority, especially during the pandemic.”

Local anti-vaxxers are welcoming the new initiative, which has the support of the federal government.”

“I reckon it looks as good as economy class,” one anti-vaxxer told DBT. “I’m flying Cargo Class to Byron next week.”

Pressure is now mounting on other domestic airlines to follow suit.