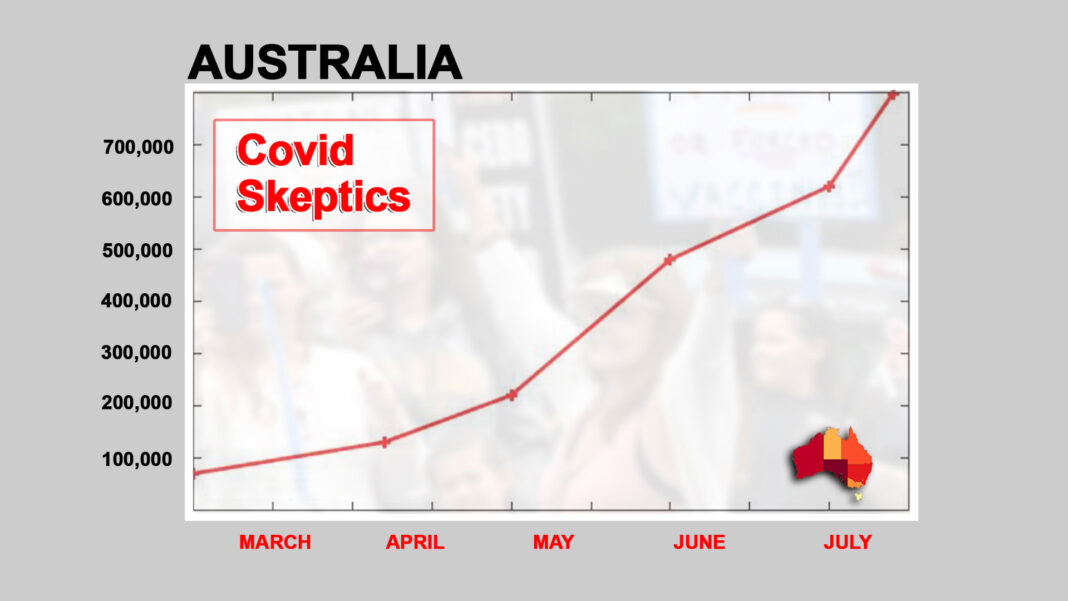 The nation’s scientists are flagging a dramatic increase in the number of people who think Covid-19 is a scam.

The federal government’s data shows there were 457 new cases of people with covid skepticism around the country this week.

“We’ve had clusters in regional Victoria and NSW, but it seems to be spreading quickly into all states,” says Hunter Thomas.

“I refuse to wear a mask because it violates my human rights,” says local covidiot Harry Marsh. “I also enjoy carrying on like a muppet on social media.”

“A group of politicians and business people are secretly orchestrating the pandemic,” he claims. “And, they’ve somehow forced the entire ‘media’ to remain complicit.”

The federal government says anyone displaying symptoms of Covid skepticism will be forced into mandatory 14 day quarantine.