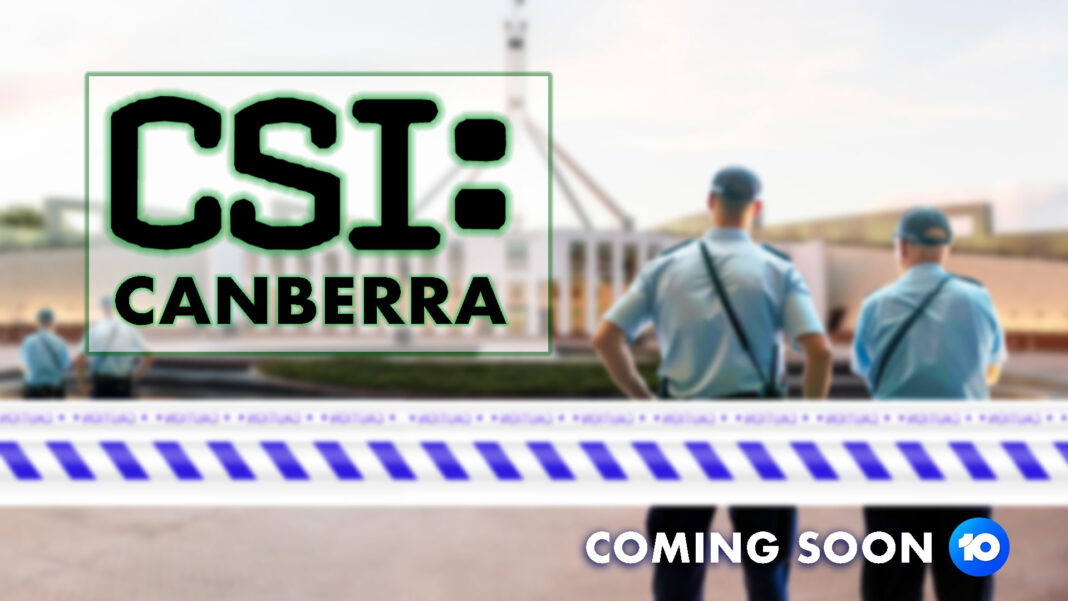 Network TEN have today announced a new crime drama series is in the pipeline.

“It’s a warts and all look at the various police investigations into rape and sexual misconduct at Parliament House.

In the show, police investigators turn Parliament House into a crime scene.

“We’ve already found traces of semen in 14 seperate rooms and we’ve only been here for three hours,” says Police Chief Mark Fischer in an except from the show.

“This could take a while.”

Production of the show is expected to take three months.

Network TEN says it will air “later this year.”