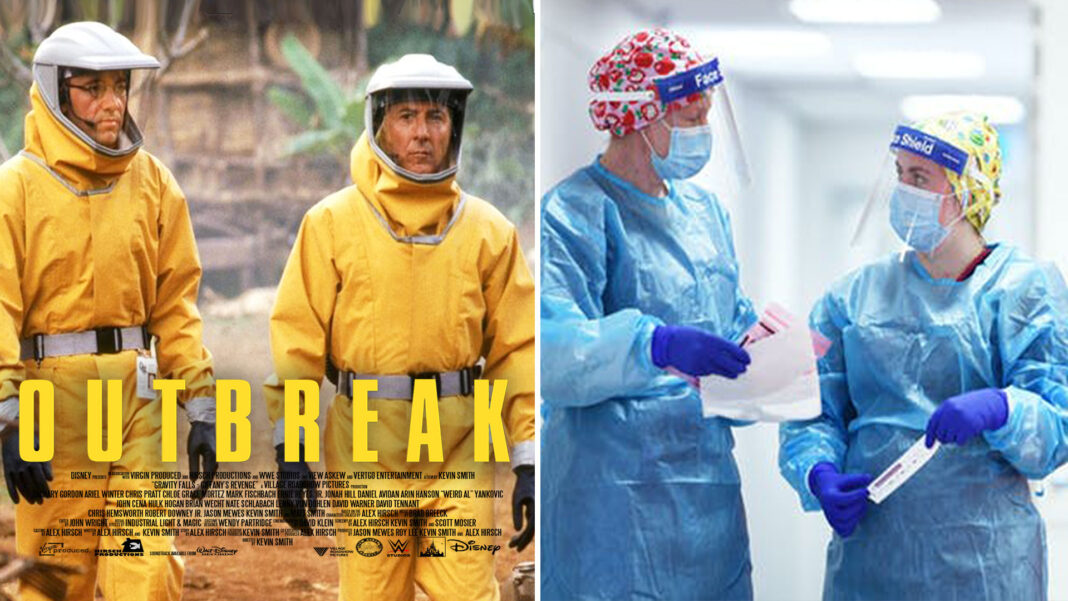 If you’re feeling like the last few years have been like something out of a dystopian sci-fi drama, you’re not alone.

Streaming platform Netflix has announced that the 1995 medical disaster thriller film ‘Outbreak’ has been added to its non-fiction / documentary section.

“Given the events of 2020 and 2021, we now see Outbreak as an accurate portrayal of modern life.”

The film, starring Dustin Hoffman and Morgan Freeman, focuses on the outbreak of a killer virus in the U.S.A.

The police and military are deployed to help bring it under control.

“This sounds exactly like south-west Sydney as we speak,” says Jean Harper.

The film was previously classified as fiction, but as covid continues wreaking havoc, the basic premise of the film has dramatically shifted closer to reality.

“The movie is now accessible on Netflix alongside documentaries about the covid pandemic and climate change armageddon,” says Jean Harper.

“The truth is stranger than fiction these days, hahah.”