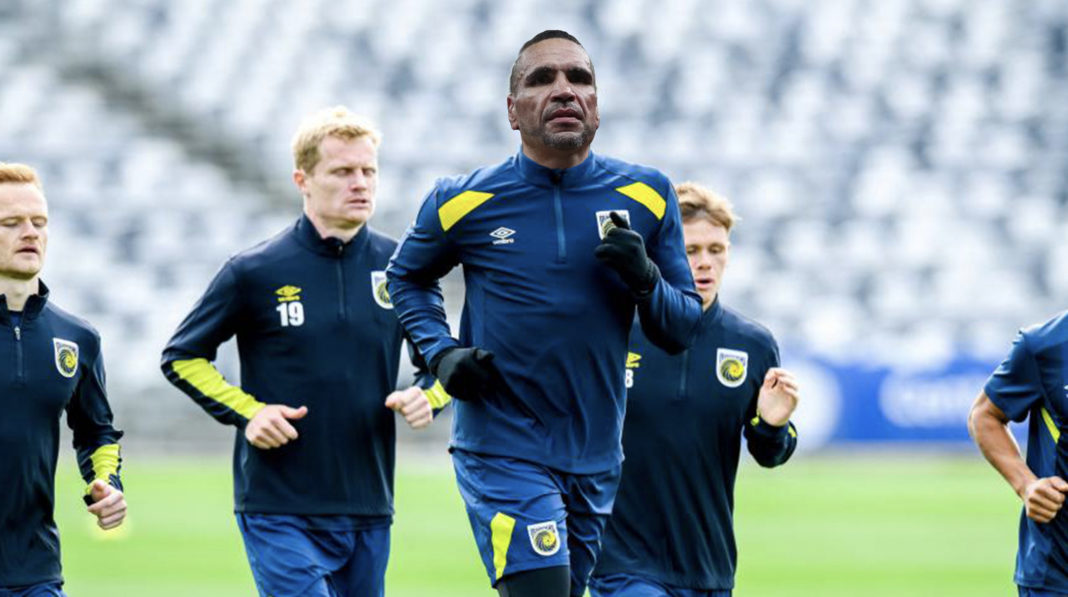 Former Rugby League player and boxer Anthony Mundine has taken the next brave step in his sporting journey.

“Boxing and Rugby League have been kind to me,” says Mundine. “But I’m not ready to leave the public spotlight, so I’m giving soccer a go.”

His trial at the Central Coast Mariners comes six weeks after Usain Bolt left the club.

“We’re fortunate to have spare budget after Usain left us,” says the Mariner’s CEO Joel Parkes. “So we feel like Anthony might be a good way for us to get bums on seats here in Gosford.”

Today’s preliminary trial involved some light fitness work as well as a chance for Mundine to learn the rules of soccer.

“I’m not very familiar with it,” he says. “But it looks pretty easy.”

Mundine took to the field today in the same pair of boots he wore in his last game for the St George Illawarra Rugby League team in 2000.

“Yeah, I might get a new pair of boots soon, I just want to see how things go first,” he says.