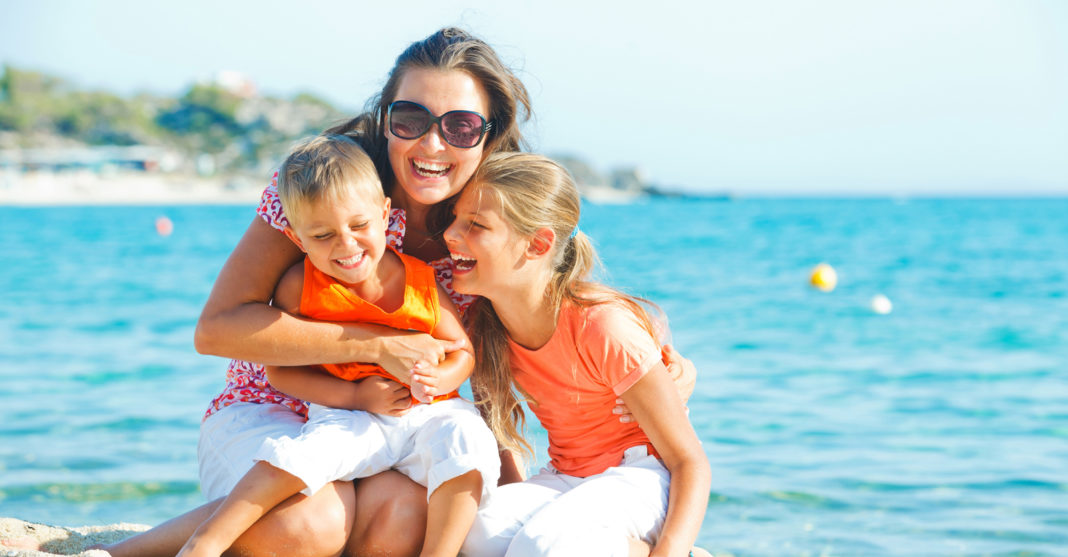 FIRM HOLD: A local mother of two is going to extreme lengths to cover up her body in photos.

Holly Reece was at a Central Coast beach this morning when her husband decided to take an impromptu photo.

“I quickly reached for the kids to act as a shield for the photo,” she says. “My body is definitely not summer ready.”

In the photo, the children can be seen being tightly grasped by Holly Reece.

“I’m at an age now where I prefer to just flaunt my children,” she candidly told DBT.

It’s understood the children were completely oblivious to their mother’s strategy, instead thinking she was just being affectionate.

“She always hugs us whenever someone’s taking a photo of her,” says daughter Isabella. “She grabs us and holds us so tight. It’s impossible to escape.”