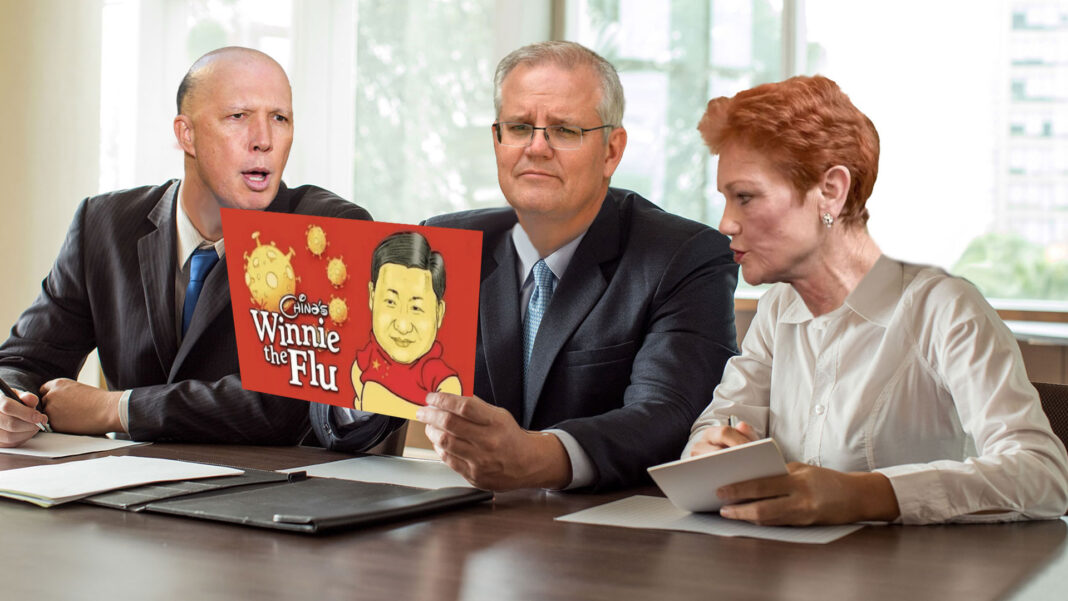 The federal government has formed a new coalition with One Nation’s Pauline Hanson, united in their goal to create anti-China memes.

“This is a propaganda war,” Pauline Hanson told Channel 7’s Sunrise this morning. “Australia needs to get onto the front foot to weaken these Chinese attacks.”

It comes in response to a wave of offensive anti-Australian memes published by Beijing’s mouthpiece, The Global Times.

“We’re currently negotiating with the Daily Telegraph to be our anti-China meme publishing partner,” says Scott Morrison. “We’re having another chat with the editor tomorrow.”

“We should also do something comparing Xi Jinping to Winnie the Pooh, he hates that,” suggested Pauline Hanson.

The taskforce says it hopes to have its first meme ready for release tomorrow afternoon.