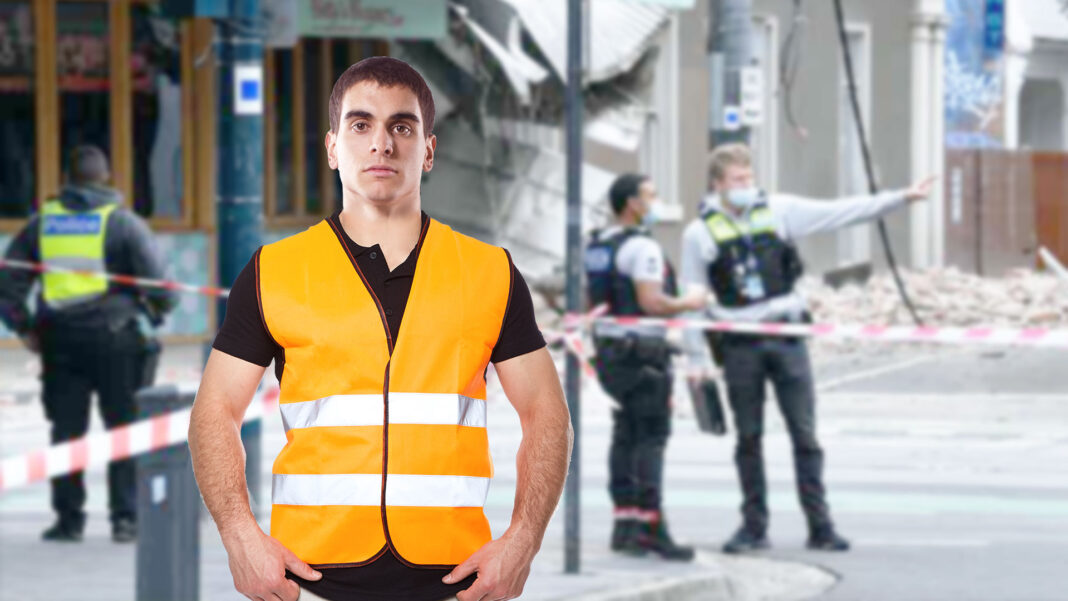 “The Victorian government planted explosives in a few parts of the city to make it seem like there was an earthquake.” says Joe Nalane.

“It was a secret plan to derail the construction worker protests yesterday, and the police and media were in on it!”

The 27 year old is urging people to do their own research, instead of listening to seismologists.

“All the buildings which collapsed yesterday had pre-existing conditions,” claims Mr Nalane.

“And the government just inflated the numbers recording the strength of the fake earthquake.”

“Anyone notice how the quake was the perfect size not to hurt anyone, but to still instil fear? Wake up sheeple.”

Joe Nalane says he’ll be back on the streets today protesting the government’s 2-week construction ban and mandatory jab policies.

“Fuck the Victorian government, they are a bunch of stooges,” he says.