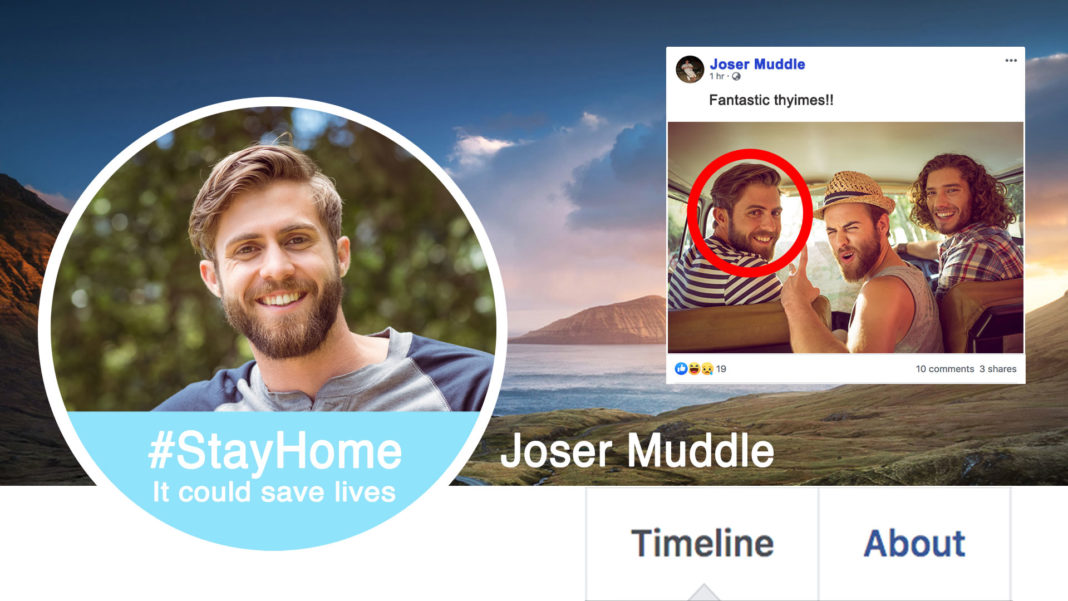 A Sydney man with the popular #StayHome graphic on his Facebook profile picture has tagged himself in a photo while out having fun with friends.

“In the pic it looked like was in the back of a van on a road trip,” says one of Joser Muddles’ Facebook friends.

“It’s just a bit weird because he has one of those #StayHome profile pictures.”

Our reporters visited Joser Muddle’s home to see if we could find the 31 year old.

His wife Cassandra says he was picked up by some mates yesterday.

“I did see the pic on Facebook of him in the van, but apart from that I haven’t seen or heard from him since yesterday morning. I’ve been home the whole time.”

“I also need to tell him that maybe it’s time he replace the ‘#StayHome’ Facebook profile pic.”