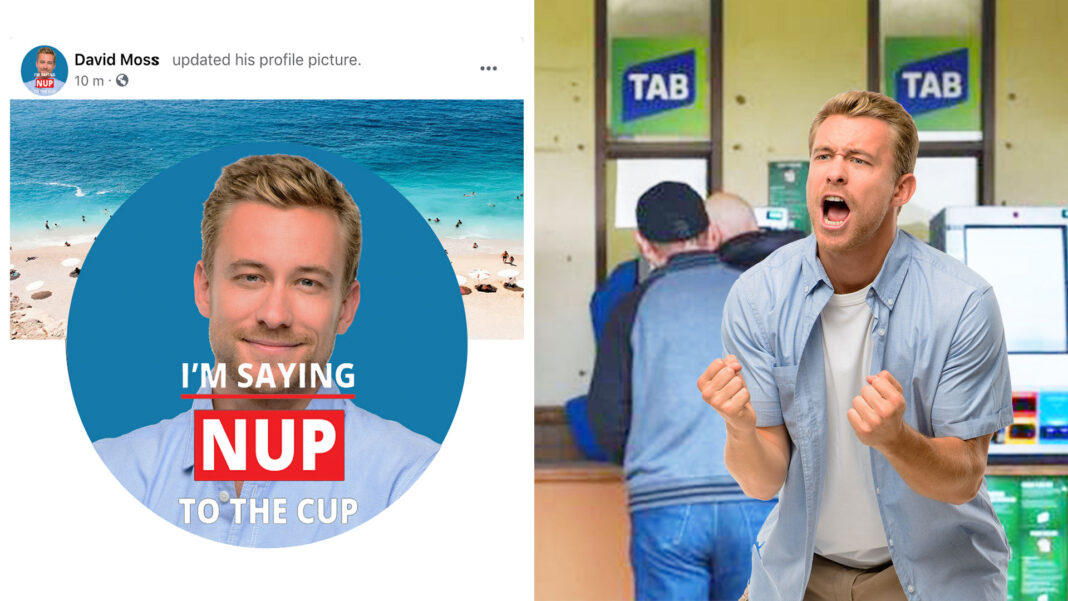 CAUGHT OUT: A Sydney man is being accused of Melbourne Cup double standards today.

David Moss is among thousands of Australians who’ve uploaded the ‘I’m Saying Nup To The Cup’ logo to their social media profiles.

But DBT can reveal, the 29 year old has also been spotted punting at his local TAB today, and yelling “go you good thing.”

Our photographer took the above picture of Mr Moss a short time ago at the Kings Cross TAB.

“He didn’t see me, but I was there watching him put on several bets and seemingly going to the bathrooms every 10 minutes,” says the photographer.

‘Nup To The Cup’ is a growing movement opposed to animal cruelty and the gambling-fuelled horse racing industry.

“I just overheard David Moss on the phone trying to organise tickets into the members area at Randwick racecourse,” says DBT’s photographer.