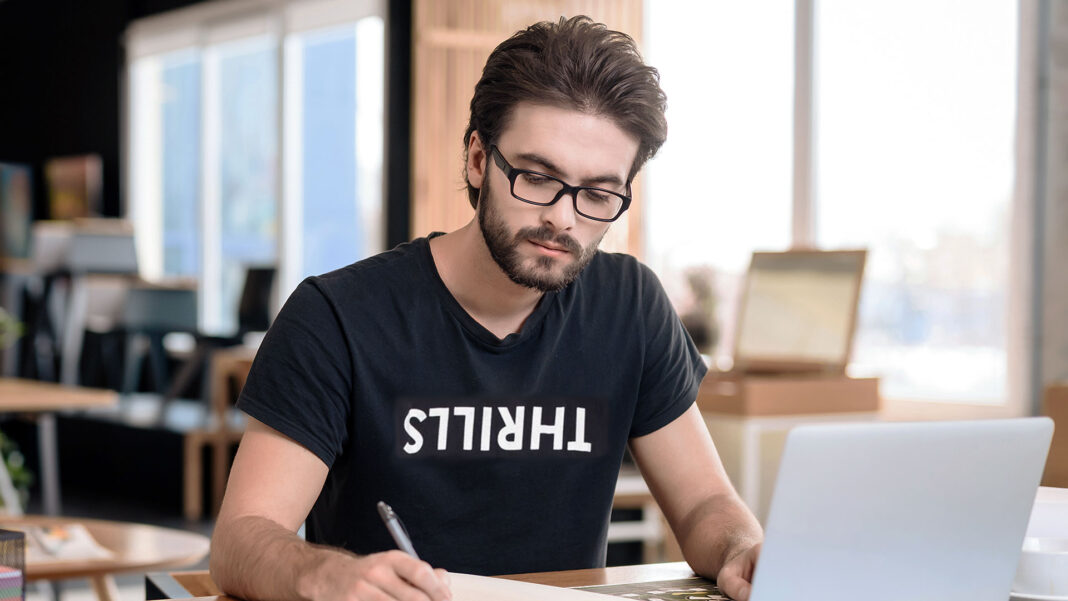 Appearances can be deceiving.

A Sydney man wearing a ‘Thrills’ branded t-shirt on a beautiful Saturday in the height of summer is probably just going to chill at home tonight.

“I’ve got some paperwork to catch up on,” says local graphic designer Henry Daniels, who has already spent much of the day at his desk.

“I might fire up the Playstation later, but I reckon I’ll be in bed by about 10.30pm latest.”

But its being embraced by even the most mundane and generic Australians who hope that wearing a t-shirt with the word ‘Thrills’ on it somehow gives them an edge.

“To be honest, I don’t like going out much,” says Henry Daniels.

“Anyway, I want an early night because I’ve arranged to meet mum for breakfast at the Westfield food court early tomorrow morning.”

“But I’ll wear my Thrills t-shirt again to breakfast. It should be nice.”