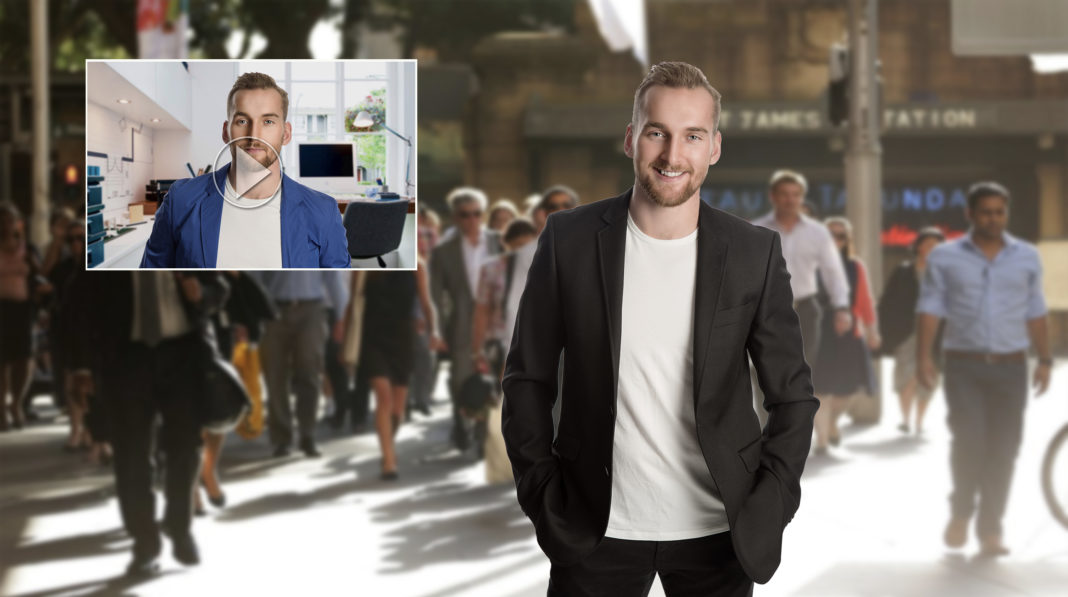 A Sydney man wearing a t-shirt and blazer is embarking on a career as a business coach.

It’s unclear what qualifications Reece Tanner has, but he talks a lot about chasing dreams and self-realisation.

“Find out what you want, and do whatever it takes to get it,” he said in one of his many recent sponsored Facebook videos filmed in his bedroom at home.

Reece Tanner’s business appears to consist of nothing except him spruiking his ‘business coaching’ services via videos posted to social media.

And he’s facing criticism from a former colleague at a failed Sydney start-up.

“I’ve no clue why anyone would employ him,” says Andre Gelbart.

“We suspect they’re doing it just to massage their own egos,” says Hunter Ross from Social Monitors Australia.

“They come from a range of backgrounds but the one thing they all have in common is they all seem to wear a t-shirt with a blazer.”