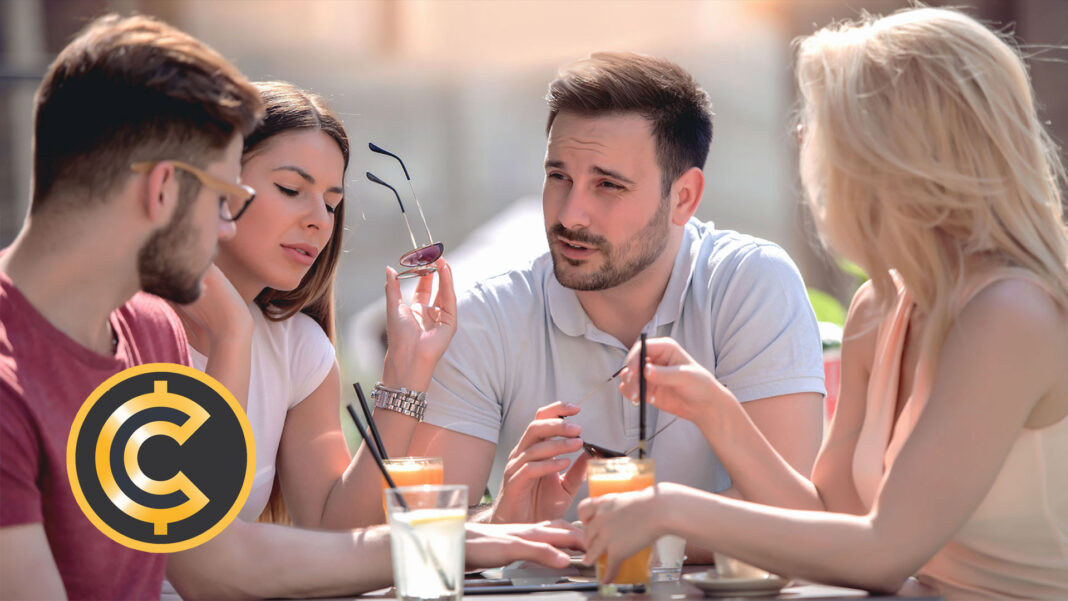 MARKET MOVER: It was meant to be a laid back catch up with friends, but it ended up being a Cryptocurrency masterclass.

While out for lunch at Indigo cafe in Double Bay, David Rogers went to extraordinary lengths to repeatedly drag the conversation back to his favorite topic.

“Guys, Ethereum is set to explode even more,” he told his friends. “Trust me you need to get some ASAP. Even Commonwealth Bank is getting on board now.

His friends were visibly reluctant to talk about it.

“I tried to change the topic,” one of the friends told DBT. “I asked our other friend Amber what she did last night, but David was having none of it.”

“Guys, listen up,” interjected David Rogers again. “Why are you still trying to talk about what Amber did last night? Nobody cares.”

“The crypto market is surging toward $3 trillion dollars,” he continued. “Personally I’ve already made so much money.”

As the waiter brought over the bill, witnesses say they overheard David Rogers loudly asking if he could pay with Bitcoin.

This is a developing story. More to come.