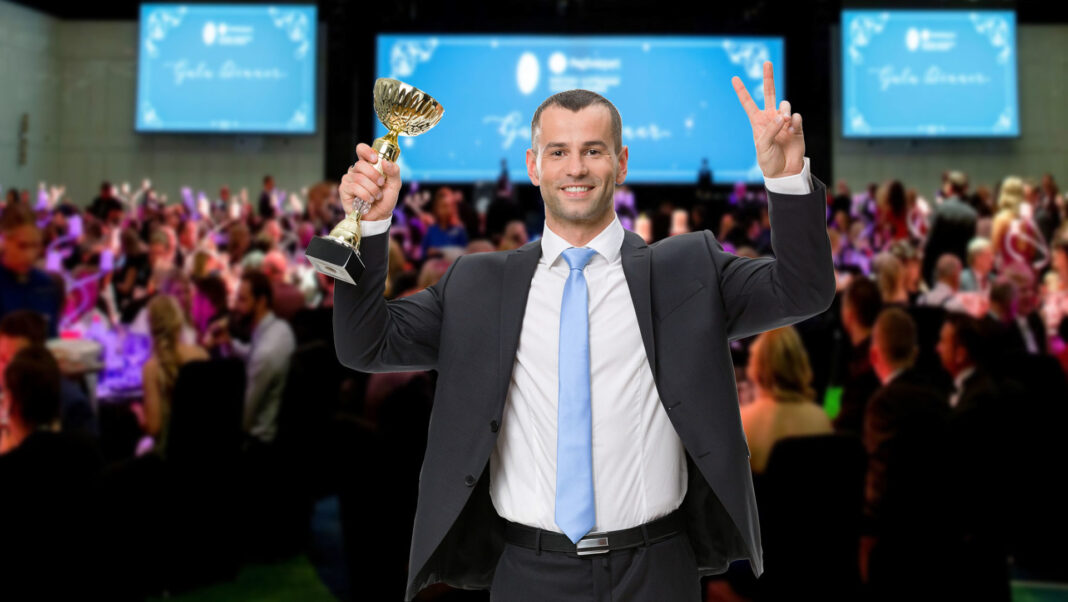 HUMBLE BRAG: A man hungry for attention on LinkedIn has posted a photo of himself with a trophy alongside 200 words about how good he is.

“I’m so humbled to win this award,” he wrote. “I’m privileged to work in an industry filled with such brilliant people, like me.”

It’s understood the post was only liked and commented on by people who thought Broadhurst might help them find a job.

“Congratulations, well deserved,” commented one man who has never met Broadhurst, but is reportedly considering a switch to the mortgage broking industry.

‘Well done,’ wrote another man as payback for when Broadhurst commented on his post last week.

An investigation carried out by DBT has found Broadhurst only won the award after his company paid $850 for a table at the event.

The trophy he won was made in China and is reportedly only worth 63c.