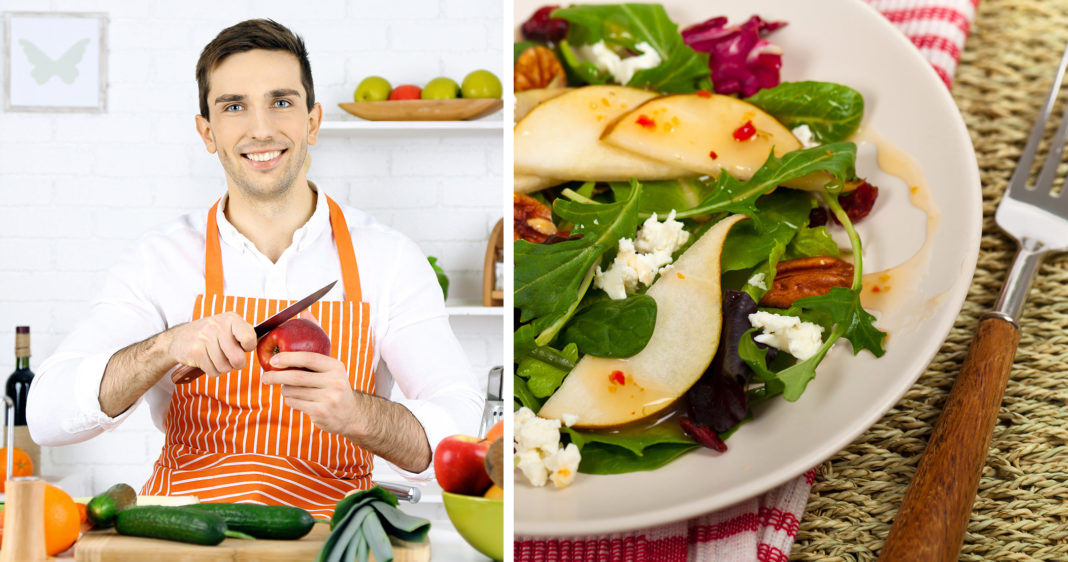 A sexually frustrated Sydney man has posted photos of himself preparing a salad to Instagram.

The photo montage includes a shot of himself in action, and another of the pear, apple and roasted walnut salad he claims to have made, with the caption; “Nom nom nom.”

The Rose Bay man’s dating history has been littered with misfortune, but he says he’s confident the photos will reverse the trend.

“In this day and age women want a bloke who can tick all boxes. I am that bloke. I roasted the walnuts myself,” he says.

But some say he’s gone to too much trouble to take and post the photos.

“It looks as though he’s hired a photographer,” says one of his female friends. “Also, if you look close up at the photo of him, he appears to be wearing foundation or something.”

At the time of publishing this story the post had 4 likes, but only from men.