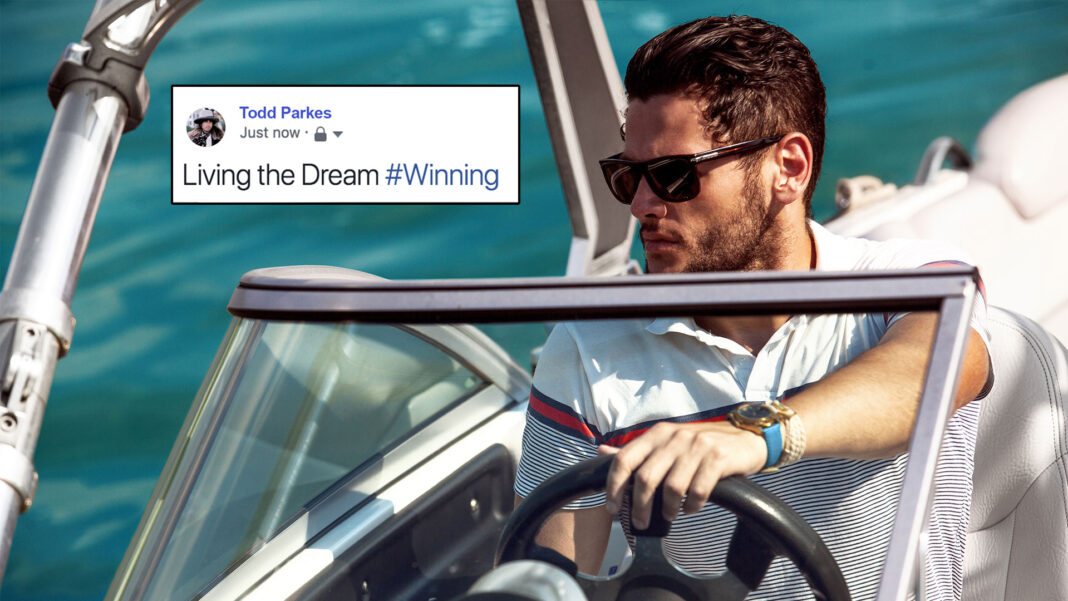 A BIT RICH: A Sydney man is being accused of intentionally trying to mislead his social media followers.

Todd Parkes posted a photo of himself at the helm of a luxury speedboat, with the caption ‘Living The Dream #Winning’

“He asked me to step out of the photo,” claims the boat owner Antony Stanton.

“I thought it was a bit weird because it’s my boat. To be honest, he was lucky to be invited.”

“He did the same thing to me,” Dan Mullins told DBT.

“When I took him out on my yacht last month he posted a montage of pics making him look like some kind of billionaire business mogul.”

“It’s a bit rich for someone who processes insurance claims for a living.”