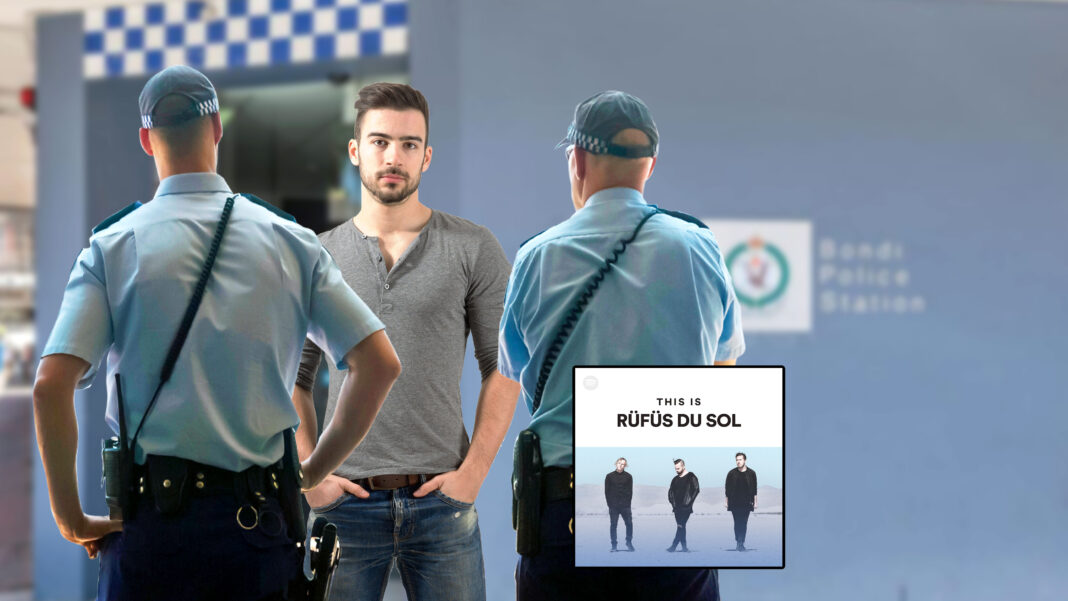 RÜFÜS RACKET? A Bondi man is being questioned by police today after claiming he was among thousands of revellers who went to see Rüfüs Du Sol in the Domain.

Friends of Zac Barrett raised the alarm after noticing no Rüfüs related content on the 31 year old’s social media, despite him telling them he was at last night’s concert.

“It’s highly unlikely Mr Barrett attended the event, without posting anything about it to any of his social media accounts.”

“So far we’ve combed his Instagram posts, reels and stories, as well as his Facebook and Snapchat to find no trace of any Rüfüs related concert.”

Police say they did manage to locate two Rüfüs concert photos in his mobile phone camera roll, but it remains unclear if they are screenshots of someone else’s images.

“We have asked him to show us his tickets to the concert, but he has so far failed to do so,” says Detective Inspector Mark Harris.

Zac Barrett was unavailable for comment, except for saying “I promise I was there, before being led away by police.”

If found to be lying he could be charged with misleading and deceptive conduct.