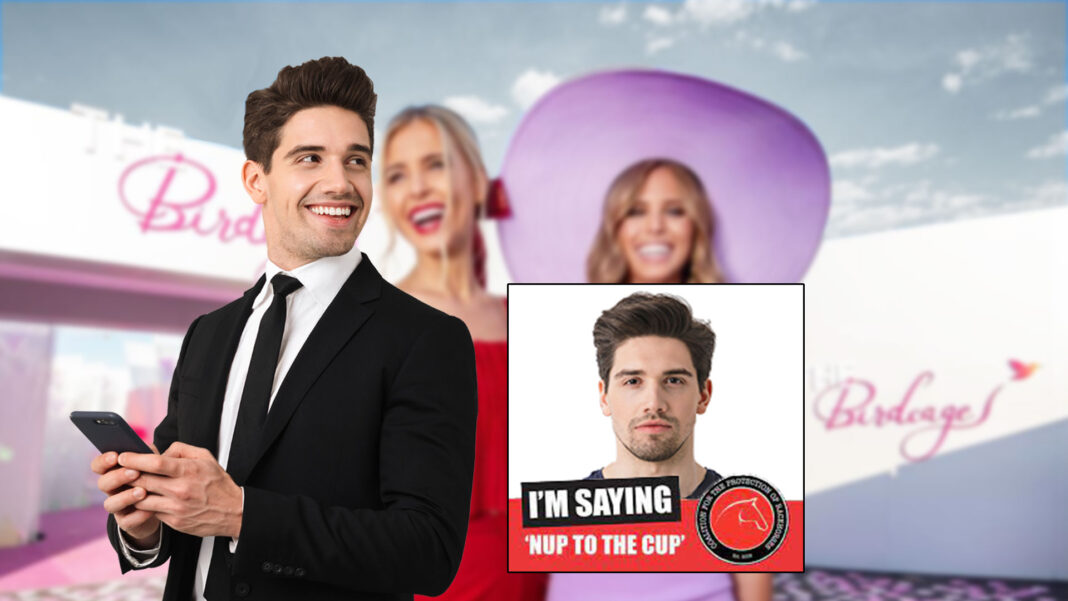 LATE ENTRY: A Melbourne man is being accused of backflipping on his pledge to avoid getting involved in today’s Melbourne Cup.

Mark Tyson posted a personalised ‘Nup To The Cup’ image to his Instagram last week, but a late invite to the Birdcage has seemingly proved too much for him to resist.

“A few minutes ago I saw him placing bets and watching races while aggressively yelling ‘go you good thing!” one onlooker told DBT.

“And for some reason he was also going to the bathrooms like every 10 minutes.”

A DBT reporter spotted the 32 year old in the Birdcage as he was chatting to other racegoers, boasting about his winnings so far for the day.

We asked him for an interview but he refused to comment.