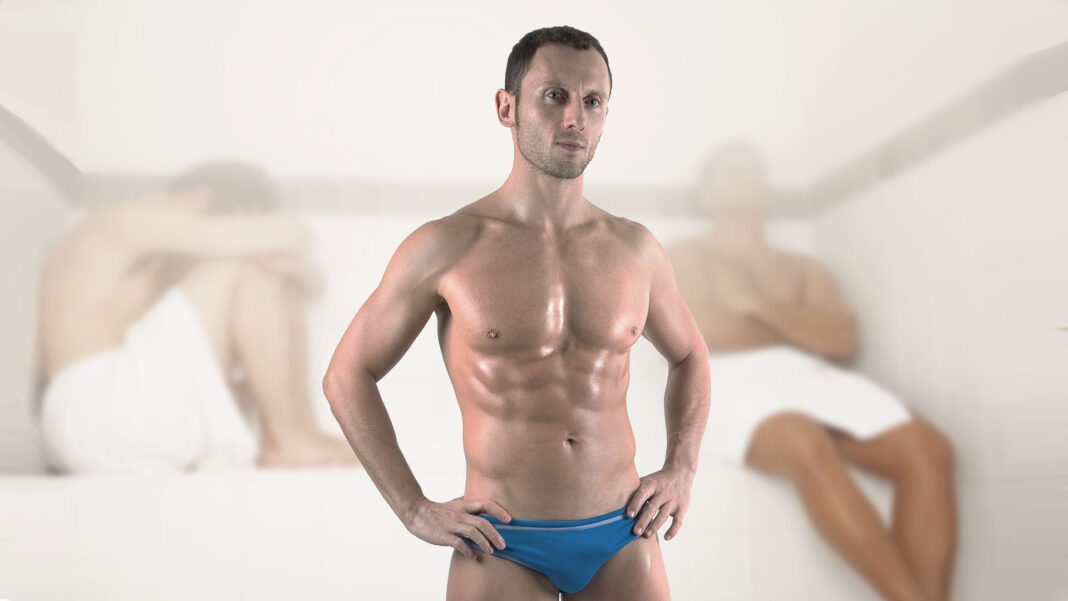 LEAN, MEAN PARTY MACHINE: With just one day until Mardi Gras, Sydney’s Mike Hanley is in a race against time.

He’s taken a sick day from work so he can dedicate the next 24 hours to one thing; shredding.

“My Mardi Gras body preparation plan is slightly off track if I’m being honest,” he told DBT. “It’s time for urgent action.”

The buff 32 year old has joined hundreds of others at Kings Cross Fitness First today for some last minute high intensity training.

“I’ve been going between the steam room and the cardio area for the last two hours,” he says. “I’ll be here for a while yet.”

He says he’s currently 0.45 kilograms above his ideal Mardi Gras weight of 82.4 kilograms.

“I’ve still got a lot of work to do. Tomorrow I’ll only have a few light meals before the parade starts. Then I probably won’t eat anything for 2 – 3 days.”

The Darlinghurst man says he’ll also be calling in sick for the first three days of next week.